Hundreds of robots have gathered at the International Robot Exhibition (IREX) now underway at Tokyo Big Sight. Here are a few photos from the event, which runs until November 28. 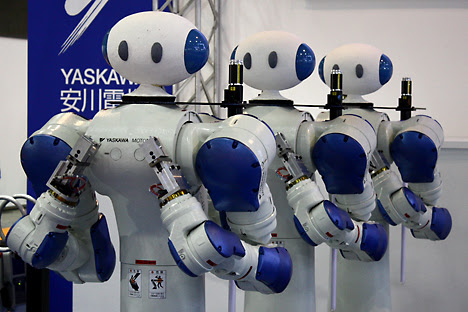 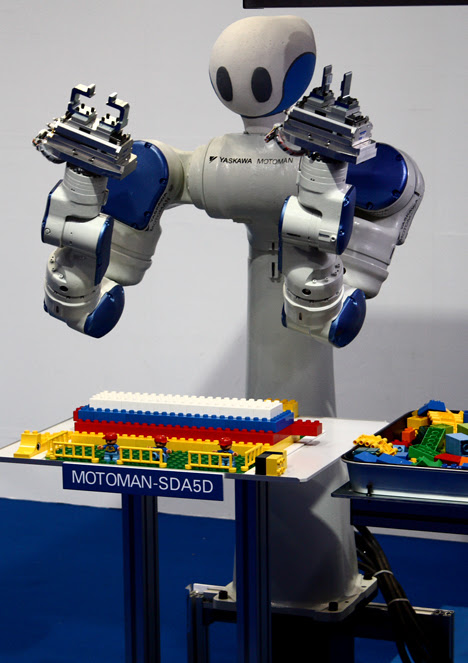 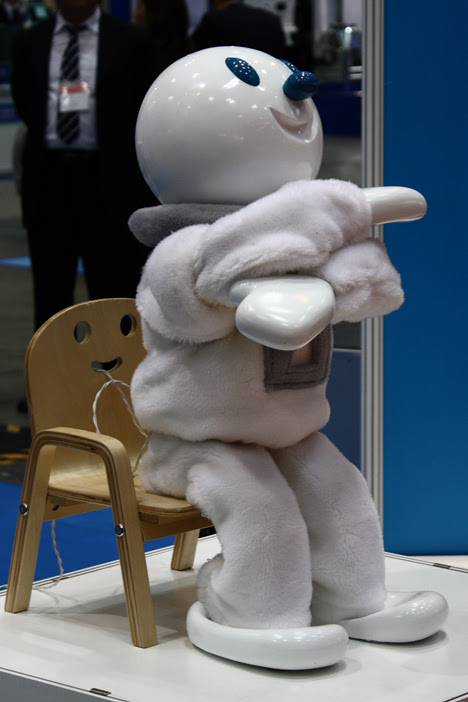 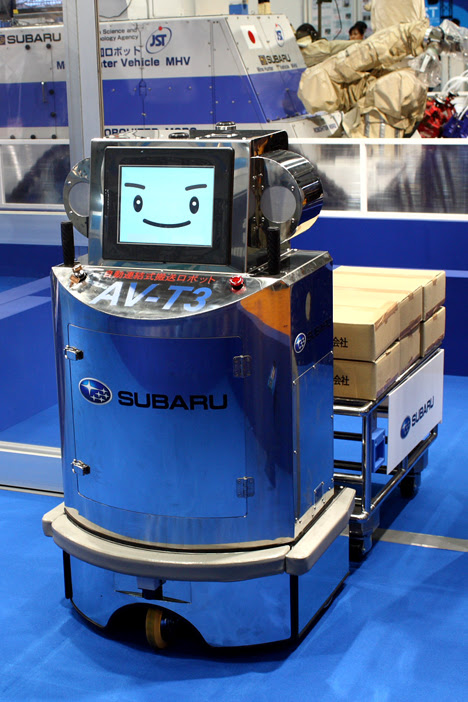 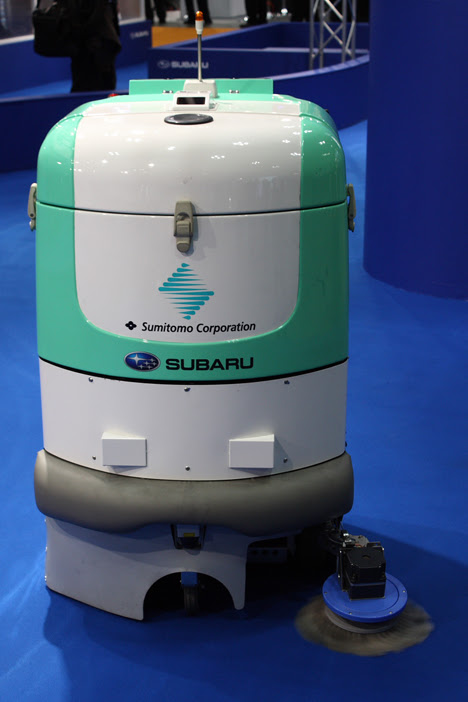 Fuji Heavy Industries (Subaru) also showcased their autonomous floor cleaning robot (developed jointly with Sumitomo), which was recognized as Robot of the Year in 2006. 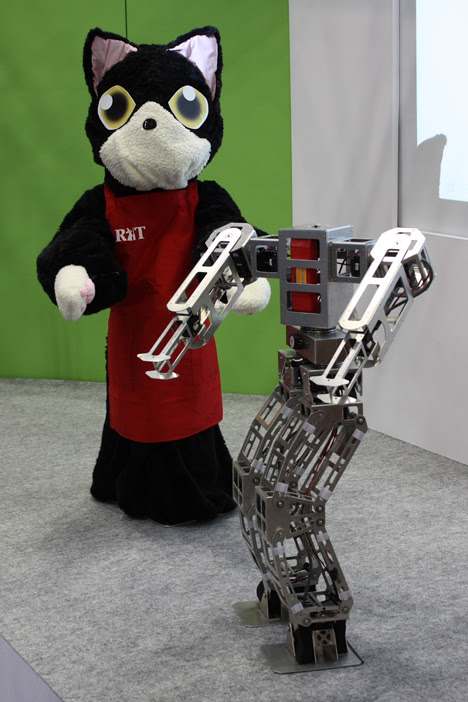 Neko-Tencho, a cat robot developed by RT, danced with its naked skeleton. 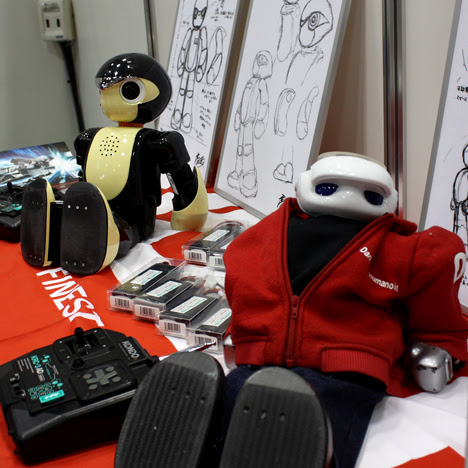 The Manoi PF01 and AT01 athlete humanoids relaxed on a table at the Kyosho booth. 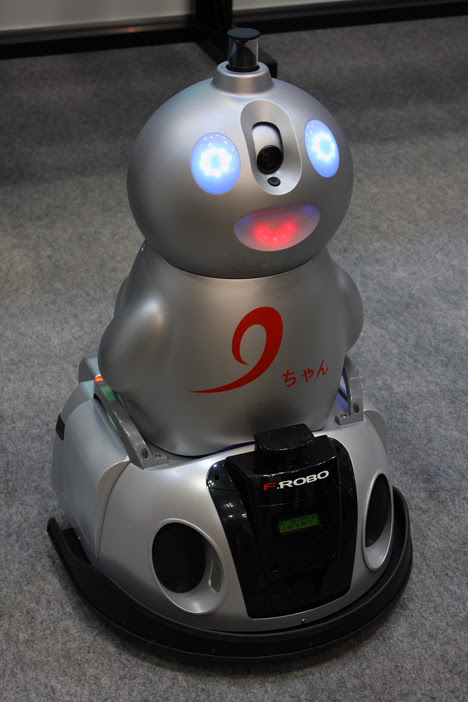 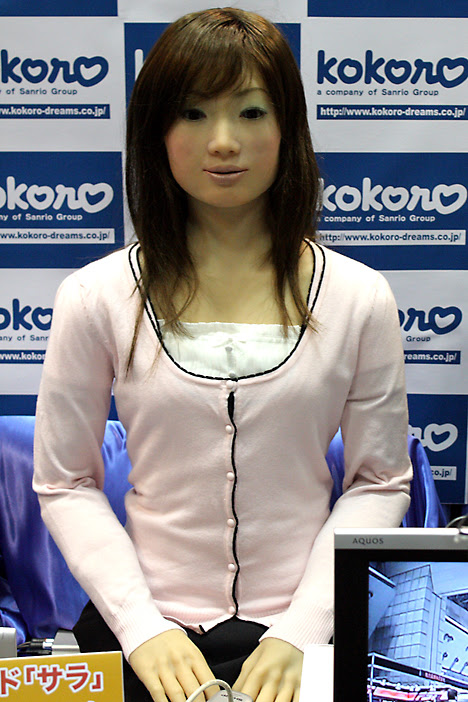 An Actroid was on hand at Kokoro’s booth to demonstrate new camera-based face mimicking technology. 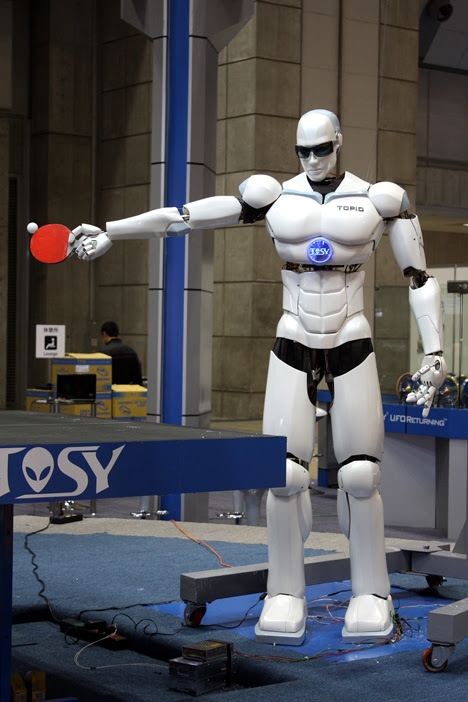 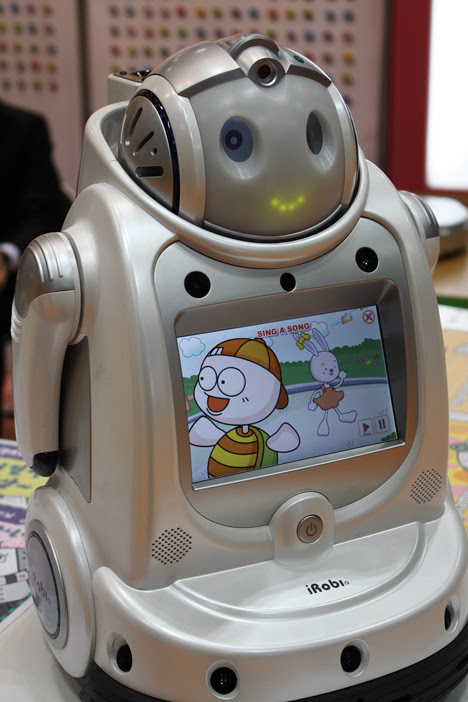 The iRobi home robot by Yujin (Korea) can monitor the home, provide weather information and news, respond to voice commands, and entertain the kids with songs. 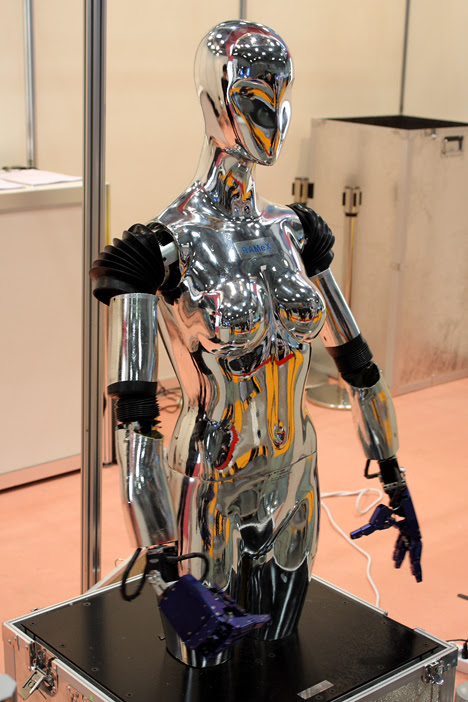 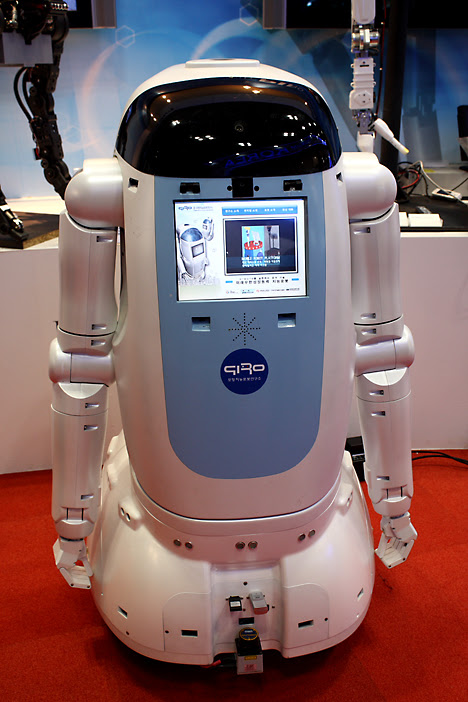 An intelligent building guide robot with arms, speech capabilities, and face/voice recognition skills was on display at the “Premium Korea” booth. 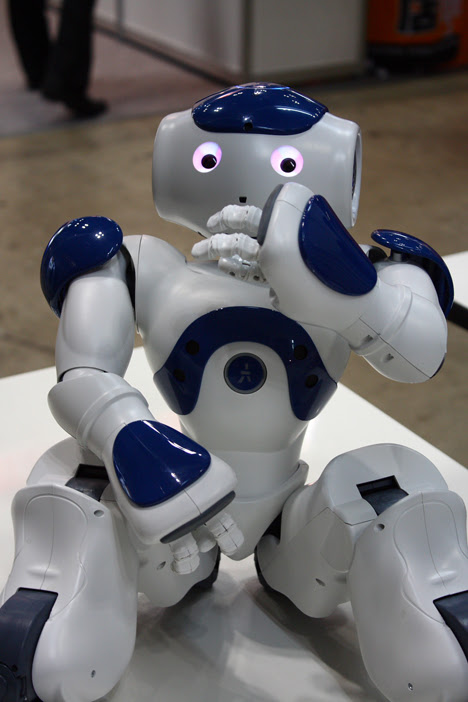 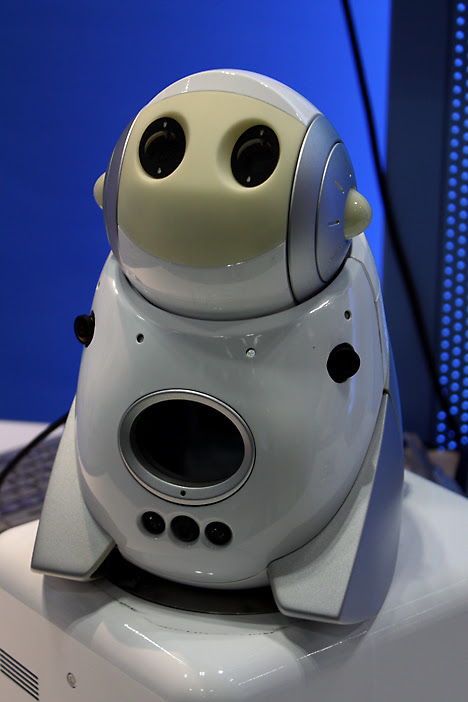 NEC’s display included the Papero-mini tele-collaboration robot, which lacks the AI brain of its big brother and functions as a home videoconferencing tool. 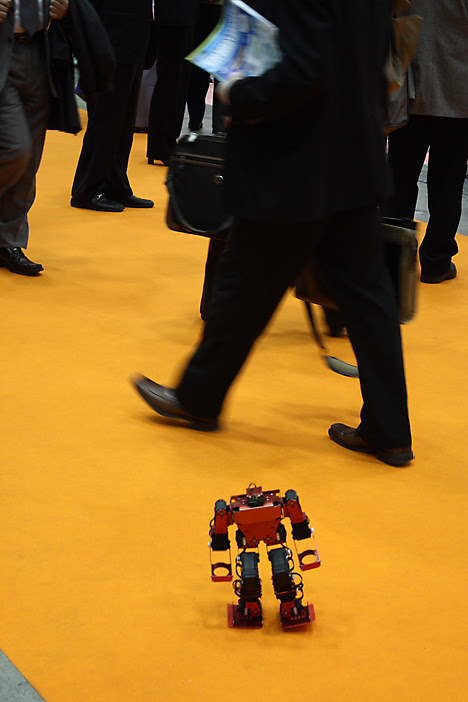 A mini-humanoid blended into the crowd. 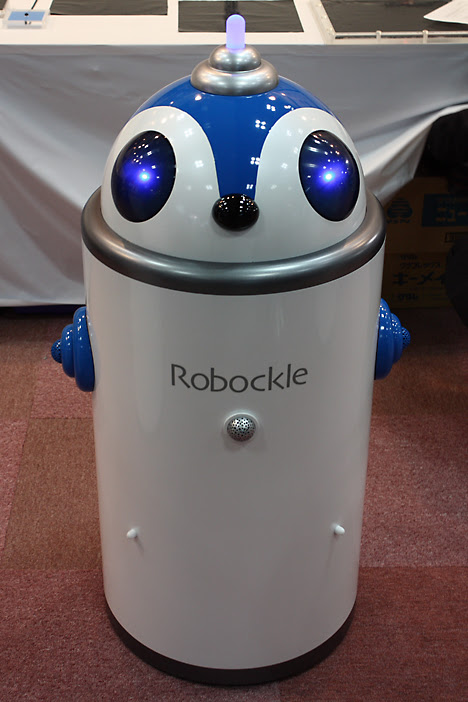 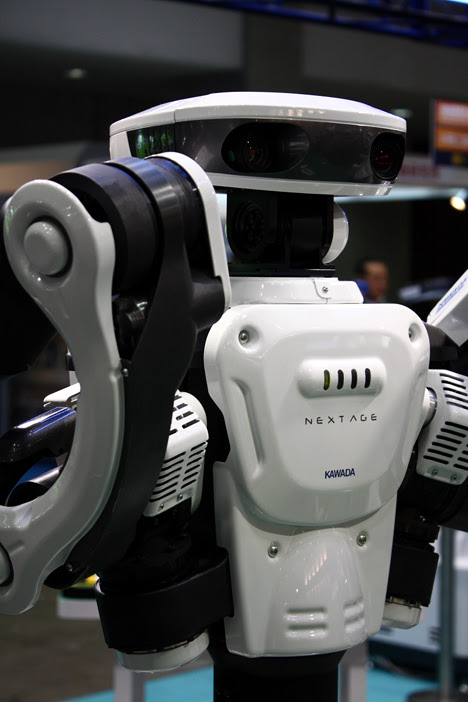 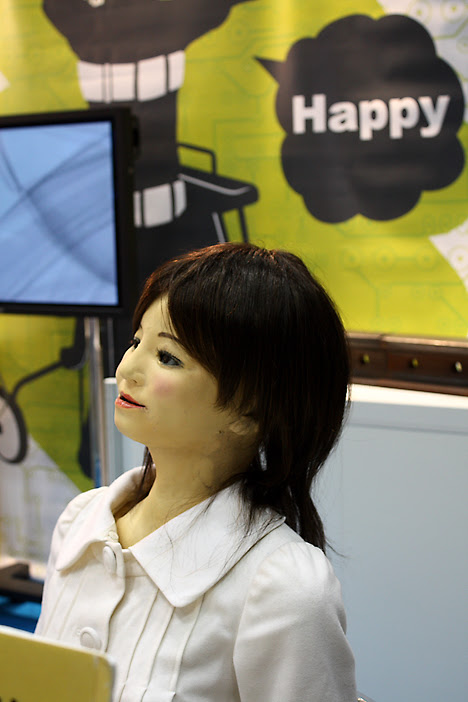 Saya, a receptionist robot, was on display at the Kobayashi Laboratory (University of Tokyo) booth.