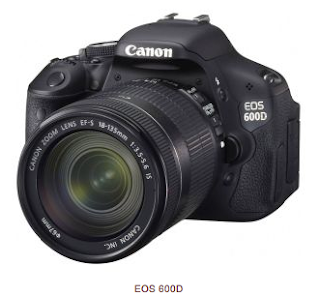 For capturing moving subjects, the EOS 600D can shoot at a continuous burst of up to 3.7 frames per second (fps) while the EOS 1100D snaps at 3fps. The 600D also comes with a built-in wireless flash transmitter that can be used to control multiple flash units.

The DSLR cameras are backed by Canon's Digic 4 image processor, enabling them to process photos faster and reduce noise at higher ISO levels, the company said.

Designed for beginners, the EOS 1100D has a redesigned control layout with allbuttons arranged on the right side of the camera, allowing for one-handed usage. 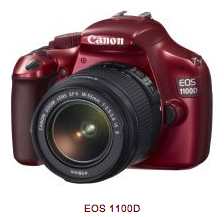 Aiding photographers to get unique angles for their shots, the EOS 600D's 3in vari-angle LCD monitor can be folded out and swivelled, thus allowing pictures to be framed at more flexible angles.

Not to be left out, the EOS 1100D has a 2.7in LCD monitor with a wide viewing angle of 170° so users can still see the screen from both high or low angles.

Canon said both cameras' low light shooting performance are enhanced thanks to their higher ISO range with the EOS 1100D having a maximum ISO6400 sensitivity while the EOS 600D has an expanded ISO range of 12,800.