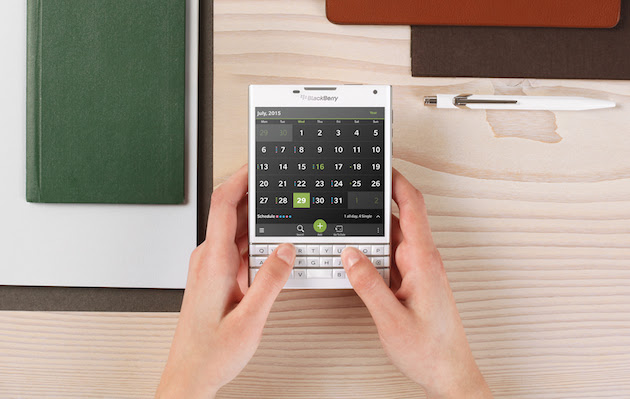 Over the past few months, BlackBerry has been putting a lot of effort into building some buzz around its newest, oddly-shaped smartphone, the Passport. Today, in an interview with The Wall Street Journal, company CEO John Chenrevealed one of the most important aspects of the device: the cost. Chen told the publication that the BlackBerry Passport will be hitting shelves in the US this Wednesday for $599, contract free, adding that such price tag is expected to vary from country to country -- depending on sales tax and the like. Chen also said that BlackBerry's new Passport is betting on reaching and appealing to people who need to be productive, pointing to the wider screen as an example of how the device could help users. "You really are seeing a more entire picture than seeing a sliver [of screen]," Chen stated to WSJ, likely in reference to some of the most popular phones out there at the moment, such as the iPhone 6, Galaxy S5 and HTC One M8.