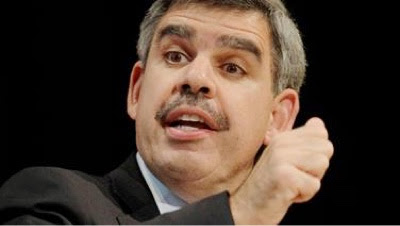 head of a $2 trillion investment fund has revealed he quit his job after his 10-year-old daughter wrote him a note listing 22 special moments in her life he had missed.

California-based Mohamed El-Erian shocked the financial world when he resigned as chief executive of PIMCO in May 2013.

Mr El-Erian, who made $100 million 2011 alone, said in a recent essay for Worth that his wife and daughter were at the heart of his decision to quit.

The 56-year-old said the "wake-up call" happened when he was arguing with his daughter about brushing her teeth and she left to fetch a piece of paper from her room.

"It was a list that she had compiled of her important events and activities that I had missed due to work commitments," he wrote.

"The list contained 22 items, from her first day at school and first soccer match of the season to a parent-teacher meeting and a Halloween parade.

"I felt awful and got defensive: I had a good excuse for each missed event! Travel, important meetings, an urgent phone call, sudden to-do.

"But it dawned on me that I was missing an infinitely more important point ... I was not making nearly enough time for her."

Mr El-Erian used to leave home for work at 4.30am each morning but since resigning he and his lawyer wife Jamie take turns in waking up their daughter, preparing her breakfast and bringing her to school, he wrote.

He said he has taken a "portfolio" of part-time roles, including being chief economic adviser at Allianz, which require far less travelling and allow him more flexibility.