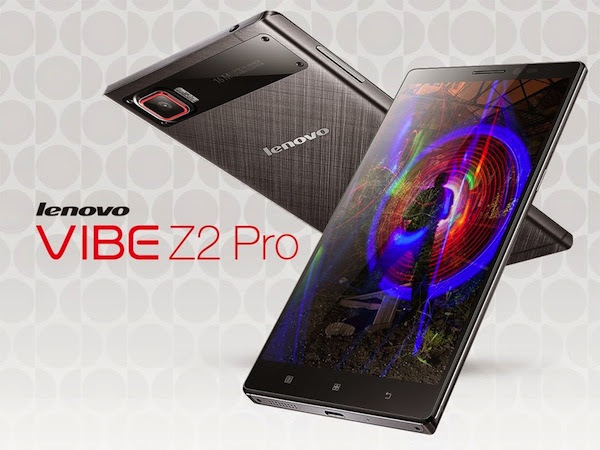 Lenovo isn't exactly well-known for its smartphones this side of the Pacific, but it's got a solid following in Asia. Now, Motorola's soon-to-be parent company is showing off more of its mobile chops with a six-inch Quad HD (2,560x1,440) flagship device called the Vibe Z2 Pro. Besides the super high-res display, the Pro's not lacking in other features: For starters, it'll come with a metallic brushed-weave unibody frame and 4,000mAh battery, which is more than generous even with the phone's large chassis (to compare, the Samsung Galaxy Note 3 is 3,200mAh and the HTC One Max is 3,300).


At 7.7mm, the Pro is reasonably thin (and hopefully not so thin that it's difficult to hold, like on the Sony Xperia Z Ultra), and it weighs 179 grams (6.31 ounces), which isn't out of the ordinary for a metallic phone of this size. The Android 4.4 device will pack a 2.5GHz quad-core Snapdragon 801 chipset, along with 3GB RAM and a 16MP rear camera with dual LED flash and optical image stabilization. It comes with dual-SIM capabilities, but doesn't offer a microSD slot; 32GB internal storage is all you get here.
The pro will come in titanium, gold and black color options and will be available starting in September. Lenovo hasn't specified pricing or availability, but we're guessing that the flagship won't wander too far away from Asia.
2k datscreen Google Lenovo lenovovibez2pro mobilepostcross quadhd vibez2pro
Share this article :
Tweet
+
Next
« Prev Post
Previous
Next Post »