The Samsung Galaxy Alpha comes forward as the next super mini but its armor will surely be tested in battle against the HTC One mini 2. The two have their distinct strengths but enough common ground to meet on - compact and metal. 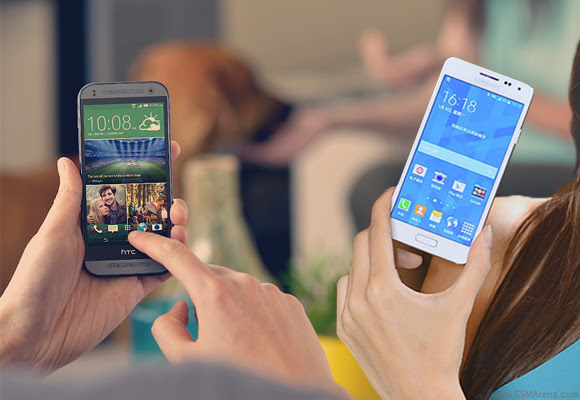 Before you place your bets, here's specs the rundown.

Samsung Galaxy Alpha over One mini 2

HTC one mini 2 over Galaxy Alpha

It's no surprise that the Galaxy Alpha has the faster chipset and more features, Samsung loves heaping those on. What it can't get quite right is nailing down that premium feel that HTC has been nailing since the original One. Geeks are more willing to forgive plastic, while premium users care less about the performance.

There's no perfect middle ground, a phone that combines the looks of the One mini 2 and the brains of the Galaxy Alpha. Apple fans might argue that the description matches the iPhone but in the Android world there's no exact match. The Xperia Z3 Compact comes close but that calls for its own piece.

Samsung Galaxy Alpha and HTC one mini 2 at the office

The screen size explosion brought us the phablet segment, which basks in growing popularity but, unfortunately, it left midsized devices in the midrange. Now we're seeing the tide turn a bit with compact high-enders like the Samsung Galaxy Alpha and the HTC One mini 2 but that direction puts them on a collision course. Flip over to the next page for the first punches exchange.