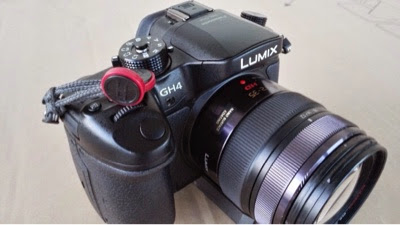 Amateur photography is a huge deal these days. There are people who make a living off of taking photos with their iPhone camera. Stock camera apps work pretty well most of the time and give you access to exclusive features on that phone (such as HTC Zoe or Samsung’s Drama Shot). However, sometimes you want something a little different or a little unique. That’s when you want to take a look at the best camera apps for Android and that’s what we’re going to do right now.

[Price: Free with in app purchases]First on our list of best camera apps for Android is called Camera MX. When compared to the other apps on the list, it’s pretty run of the mill. When compared to the rest, it’s actually quite good. It doesn’t necessarily have the feature set that a professional might be looking for, but if you’re a hobbyist or you really enjoy sharing pictures via Google+ or Instagram, then Camera MX is more than good enough.

[Price: $3.99]Camera Zoom FX is next on our best camera apps for Android. Unlike Camera MX, and most of the other apps on this list, Camera Zoom FX takes a different approach to using filters and effects. Instead of applying any number of pre-made filters and effects, Camera Zoom FX allows users to choose multiple effects to create their own filter. If you’re feeling a little lazy, there are some pre-made ones to choose from. It’s highly functional and popular. There are also no in app purchases with this one.

[Price: Free]Camera360 Ultimate is not only among the most popular camera apps for Android, but it’s also one of the best. For many, this is the go-to camera replacement app and has been for a long time. It’s totally understandable as well, as Camera360 Ultimate is packed full of features. They’ve even updated it recently to include more settings for a better camera experience. As per the norm, you get all the standard features along with a number of filters and effects.

[Price: $0.99]Camera Fun Pro is next and this one is definitely for a more niche market. The various filters available provide a more goofy and fun theme for people rather than the more serious and artistic filters that others on this list provide. One of the more nifty features is the app’s ability to let you see how the effects will look before snapping the picture. So instead of taking the picture, adding the effects, and hoping you got the shot you needed, you can instead take the picture you wanted the first time. There are professional filters available, but this app definitely caters more to the fun pictures crowd.

[Price: $1.99]Camera JB+ is an increasingly popular camera that was actually suggested to us by our readers (in the comments below). It’s based on the AOSP Jelly Bean camera. It includes three camera modes including regular shot, video capture, and panorama mode. There is also a lightweight image editor built in so you can make minor adjustments to your images. If you like the look and feel of the stock Android camera, this is the one we’d recommend. If you want KitKat then there is also the Camera KK app. The KitKat version is free with in app purchases.

[Price: Free with in app purchases]Cymera is another one of those camera apps for Android that is already wildly popular. With over 10 million downloads to date, Cymera ranks up there with the most popular camera apps period. It also happens to be really highly rated as well. Unlike most camera apps on this list, Cymera focuses on taking a certain type of picture. Namely, it’s used predominately for taking pictures of people’s faces. It can function as a regular camera app. There are the standard features, filters, effects, and other editing goodness. However, it’s wheelhouse is face shots. There are a completely separate set of features and filters for when you catch a smile in your pictures.

[Price: $2.99]DSLR Camera is a camera application that acts like the kind of software you’d see on an actual DSLR camera. It includes things like the ability to change your ISO, exposure compensation, white balance, and grids. There are also some more casual features like color effects and geotagging. It is important to note that some features are dependent on your hardware. That means the app supports these features but your device’s camera may not support them which means you won’t be able to use them. If they do work then this is a great application.

[Price: Free]Let’s face it ladies and gentlemen, the internet would not be the same without GIFs. They have contributed to the hilarity of the internet for so long that thinking about the internet without them can be difficult. With the next app on our best camera apps for Android list, called GIF Camera, lets you create your own GIFs using your camera. It’s actually pretty easy, too. Essentially, you just set up the shot you want to make a GIF. Then you shoot it and the app automatically turns it into one. You can adjust frame rates if you need to and then save it for sharing elsewhere. Additionally, you can create a collage of sorts using pictures you’ve already taken and create GIFs that way.

[Price: Free]Google Camera was released by (you guessed it) Google earlier this year. It was massively popular for a while and it is a pretty functional camera app. The claim to fame for this one is its ability to do stuff like the Photosphere or Lens Blur Mode that lets you take a different kind of picture. It’s highly rated but do beware that like the DSLR Camera app above, some of these features are dependent on what phone you’re using. Not all phones can use all of these features. Thankfully it’s free so you won’t waste any money trying it out!

[Price: Free / $1.90]HD Camera Ultra is a more simple camera app replacement option. It has some features like White Balance, various focus and zoom modes, and some additional photo effects. It can even disable shutter sounds if your device supports that (not all devices do). Aside from that it looks really nice and focuses more on design than anything else. You can pick up the free version which displays ads or the donate version for $1.90 which removes ads.

[Price: Free]LINE Camera is one of the newer additions to our list and for good reason. It’s one of the most popular camera apps available for Android right now and it has a boatload of features. This includes in-app photo editing, 20 filters, frames, stamps, and various other editing tools. It focuses more on post-shot editing than anything else, but people who have used this app seem content with this. You can’t really go wrong giving this one a shot because tens of millions already have.

[Price: Free]Those of you who are fans of open source software will like Open Camera. It’s an open source camera project that has garnered quite a bit of attention and a pretty high rating. It’s packed with features including zoom and focus modes, face detection, auto-stabilization, and some more basic stuff like ISO, White Balance, and exposure lock (if your hardware supports those features). It’s totally free with no in app purchases which is nice and the design is simple and easy to use.

[Price: Free]Otaku Camera is another one of those specialized camera apps for Android. Unlike Camera360 Ultimate or Camera MX, which are for more general purposes, Otaku Camera is basically only appealing to manga and anime fans. It has a special filter with some frames and graphic overlays that can turn any picture into a manga picture. It’s really quite unique and if you’re into that sort of thing then this camera is worth checking out. On top of the manga-style pictures, people can download other themes that feature other filters. We quite liked the meme filter which overlaid a meme of your choice over pictures you take.

[Price: $1.99]Paper Camera is up next on our list of the best camera apps for Android. However, it is also among the most popular and the highest ranked. We thought that a little odd since the camera has a single filter, but people apparently really love that filter. There is nothing wrong with that because Paper Camera also happens to be fun to use and fun to look at. It does have that single filter, but you can customize it to fit your needs. It’ll show your picture and video with the filter before you take the picture so you can line up that perfect shot with the filter already applied.

[Price: $1.99]Last and certainly not least is Snap Camera. Snap Camera has been around for a while but it’s still one of the best camera apps for Android. It comes with a host of features that is hard not to notice, intuitive on-screen controls, and it takes buttons when you press the shutter and not several seconds later. This was also recommended to us by our readers and it’s definitely a good one. If you want one of the best available, click the button below.

Keep in mind that many camera apps on devices (especially Sony, Samsung, and HTC) have been specially designed, configured, and optimized for the cameras on those devices. So before replacing it, root around your stock camera app for a bit and make sure you know what you’re leaving behind!