Powered by Blogger.
Home » Unlabelled » ALL GERMAN universities will be free of charge when term.

ALL GERMAN universities will be free of charge when term. 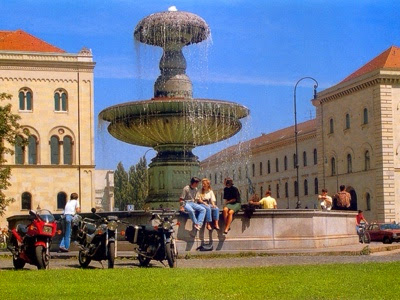 ALL GERMAN universities will be free of charge when term starts next week after fees were abandoned in Lower Saxony, the last of seven states to charge.

“They particularly discourage young people who do not have a traditional academic family background from taking up studies. It is a core task of politics to ensure that young women and men can study with a high quality standard free of charge in Germany.”

The experiment with tuition fees, which began in 2006, was overturned by democratic pressure against the conservative-led state governments, all in the west of Germany, which decided to charge euros 1,000 ($A1436) a year.

They were able to do so after a constitutional court ruling that moderate fees combined with loans did not contradict the country’s commitment to universal higher education.

Within eight years, all the states have changed their minds, with Lower Saxony the last to give way after the defeat of its Christian Democrat rulers last year. It means that this autumn’s student intake will enjoy free university courses.

“We got rid of tuition fees because we do not want higher education which depends on the wealth of the parents,” said Gabriele Heinen-Kljajic of the Green party, the minister for science and culture in Lower Saxony.