Donetsk under fire in new battle for the airport 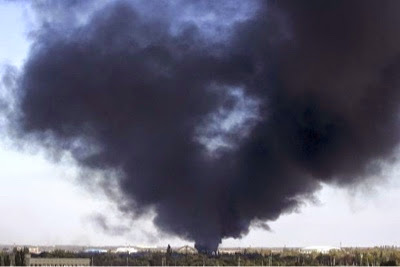 Explosions rocked Donetsk last night as a battle for control of the airport and a fatal hit at the offices of the Red Cross exposed the ceasefire in Ukraine as a truce in name only.

As international pressure grew on President Putin to rein in pro-Russian separatists, with Angela Merkel, the German chancellor, urging him to hold firm, shells landed in the rebel-held city for the first time in weeks. One killed a Swiss worker in the local headquarters of the International Committee of the Red Cross (ICRC) and forced the city council to suspend public transport. Laurent DuPasquier, 38,