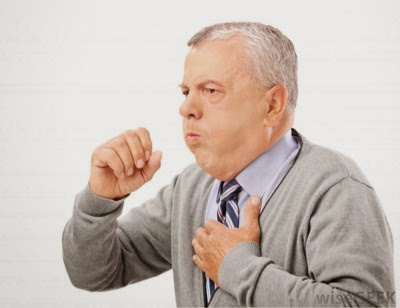 While coughing is one of your body’s natural defenses against foreign matter, and helps remove mucus from the lungs and upper airway passages, it can also cause distress and dryness in the throat.
A dry cough can also alert an individual that a problem has developed that needs attention. When looking to ease the discomfort of a dry cough, 12 home remedies can certainly provide the relief you seek.
DRY COUGH HOME REMEDIES
If you’ve struggled and battled the symptoms of a dry cough for longer than two weeks, it’s highly suggested that you pay a visit to your doctor to get to the bottom of your condition. In the meantime, treat your cough with these 12 home remedies:
Petua ini senang diamalkan. Cubalah.
a) Raw Onion:
Finely chop one onion and extract its juice. Mix one teaspoon of onion juice with one teaspoon of honey. Allow the mixture to sit for four to five hours, as it will create an effective cough syrup that should be taken two times per day. If you are battling a cold, you should know that the onions also work to remove phlegm when combined with lemon and boiling water.
b) Salt Gargle:
Treat a dry cough with a gargle consisting of lukewarm water and a teaspoon of salt.
c) Oregano:
Boil oregano in a cup of water, filter, and drink to lessen the intensity of a dry cough.
d) Green Tea with Honey:
Soothe not only your throat but also a dry cough when you add honey to a cup of green tea.
e) Aniseed Tea:
Dry coughs plagued by thick mucus will respond to a regular cup of aniseed tea – a spice with a flavor much similar to licorice and fennel.
f) Raisins:
Create a healing sauce with raisins to soothe a cough by grinding 100 grams of raisins with water. Blend in about 100 grams of sugar and heat the mixture until a sauce-like consistency is achieved. Preserve the sauce and take 20 grams before going to bed on a daily basis.
g) Humidifier:
Add a humidifier to your bedroom to combat a dry cough that comes at night.
h) Hot Milk:
Before retiring for the night, drink a cup of hot milk with honey, which will not only deliver relief for a dry cough, but also encourage a sound night of rest.
i) Ginger Tea:
Place ginger in a pot of boiling water before adding it to your regular amount of tea leaves. Lastly, put in a pinch of pepper along with three to four basil leaves. Drink hot to soothe the throat.
ghr-cinnamon-indigestion1
j) Cinnamon:
Gain relief from a bothersome cough by adding cinnamon to a cup of tea.
k) Almonds:
Soak seven almond kernels overnight and remove the brown skin in the morning. Ground the almonds to create a fine paste. Add 20 grams each of butter and sugar to the paste, which should be administered in the morning and evening.
l) Grapes:
Did you know that grapes have a reputation for strengthening the lungs and acting as an expectorant? Within a couple of days, you will notice a difference in your cough when you drink one cup of grape juice mixed with one teaspoon of honey on a daily basis.
Health Healthy lifestyle
Share this article :
Tweet
+
Next
« Prev Post