Stephen Hawking Says There Are No Black Holes

Monday, October 6, 2014
The physicist offers a new theory that allows energy to escape. 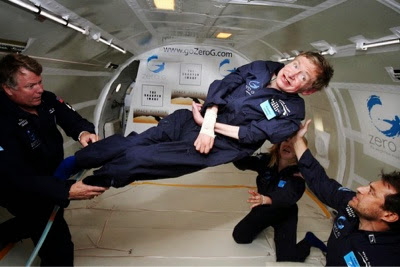 Stephen Hawking has a big announcement. No, it's not that aliens exist or that humans won't survive another 1,000 years on Earth. The physicist claims, in a paper posted online Wednesday, that the idea of an event horizon—the point of no return at a black hole—conflicts with quantum theory. With no event horizons, there are no black holes, according to Hawking.

“There is no escape from a black hole in classical theory,” Hawking told Nature News. Quantum theory, however, “enables energy and information to escape from a black hole.” Instead of an event horizon, Hawking's new paper proposes a so-called apparent horizon, which would suck in matter and eventually spit it out in a much different form. Hawking says trying to predict what this matter will be like would be like trying to predict the weather: possible, but very difficult to do.

For more details, including some skepticism from other physicists, read the story at Nature News.