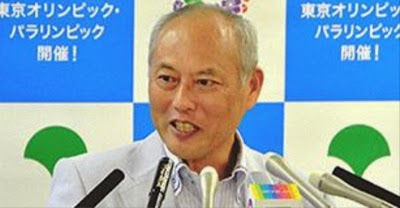 A consortium led by trading house Sumitomo Corp. has signed a contract with the Malaysian government to build an extensive 50 billion yen ($464 million) sewage system using the Tokyo metropolitan government's advanced technology.
It is the first public-private partnership project to export advanced Japanese sewage system technology overseas, according to the Tokyo metropolitan government, which announced the deal Oct. 10. It is also one of the largest of its kind, land ministry officials said.
The four-year project to construct a sewage system in a suburb of Kuala Lumpur was reached between the Malaysian government and the consortium comprising Sumitomo Corp. and local general contractor MMC Corporation Berhad.
The consortium will also handle the management and maintenance of the system for two years once it is built.
The deal came together as part of the central government’s efforts to win large-scale infrastructure projects overseas.
In recent years, an increasing number of prefectural and municipal governments, including Saitama Prefecture, Yokohama and Osaka, have started marketing their advanced water and sewage systems abroad.
The city of Kita-Kyushu in 2011 secured an order in Cambodia to design a water purification plant for a water supply network.
The projects are aimed at improving antiquated and underdeveloped water and sewage systems in developing countries.
According to the metropolitan government’s Bureau of Sewage, the Malaysian project will involve the building of an underground sewage network that extends 100 kilometers in the Hulu Langat district, located 25 kilometers from Kuala Lumpur. Also being built are a sewage treatment plant and a pumping station.
The district, with a population of around 300,000, is a rapidly developing suburb of the nation’s capital. The infrastructure upgrade came about because of the deteriorating water quality of Langat River, which has long served as the area’s water source.
The metropolitan government’s Bureau of Sewage since 2010 has been conducting studies in Malaysia on how best to utilize its advanced technologies to process human waste and other drainage needs in land-scarce urban areas.
Bureau officials said the metropolitan government will continue its efforts to export the technologies overseas.
The central government has also tried to export other Japanese infrastructure systems and technologies, both private and public sector, such as the Shinkansen bullet train and expressway construction, but it is rare to receive such a large-scale order.
MMC Corporation Berhad sewage system Sumitomo Corp
Share this article :
Tweet
+
Next
« Prev Post
Previous
Next Post »