Phil Barber from Aspire Photography Training shares some top tips for getting started in DSLR film-making.
Since 2008 when Canon introduced their groundbreaking EOS 5D MkII camera with video capabilities, other manufacturers have followed their lead and now there's a host of high quality cameras out there able to capture high definition video with DSLR picture quality.
The big problem is, how many photographers actually use this feature? Or even know where to begin?
We caught up with Phil Barber, who alongside Rob Booker, are the key ‘moving capture' trainers at Aspire Photography Training in the Lake District, UK, owned and run by photo industry guru Catherine Connor.
Aspire's ‘moving capture' courses aim to give photographers an understanding of getting started in DSLR filmmaking.
As a photographer who has embraced the world of DSLR video Phil's given us lots of great tips on getting started on releasing the potential of your camera. 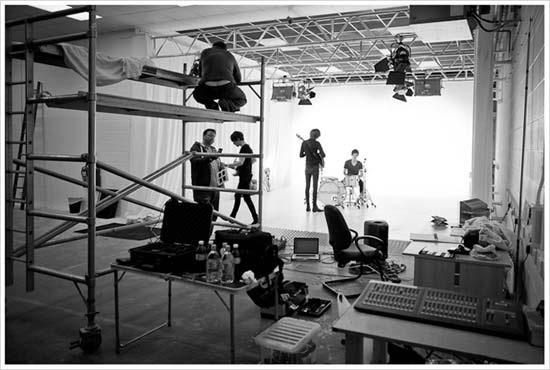 It may sound obvious but you can't start making movies until you understand how to set up your camera. Individual camera models will vary. However, as with stills there are settings common to all of them.
Aperture should be treated as you would with stills, so a wide aperture gives a shallow depth of field - a lovely effect that lots old old school video cameras aren't able to achieve.
Set your shutter speed at anything faster than 1/30th sec. Our preferred setting is 1/50th. ISO should be treated the same as with stills photography, so adjust this according to your aperture and shutter speed settings.
White balance should be adjusted manually between shots to ensure consistency.
Frame rate - this is the number of frames per second and is not to be confused with shutter speed. The UK standard is 25 FPS, but we sometimes use a higher frame rate for slow motion shots.

For us, storytelling is the main focus. If the story is strong and told well it shouldn't matter what it is filmed on. Whether you're filming a wedding, a music video, a documentary or a feature film (it's important to have big dreams!) then the story is the key.

This is where most of the work goes in. Like any project, the more preparation you put in at this stage the easier your job will be on the shoot, and there'll be much less likelihood of missing shots or making errors. At this stage we create a detailed storyboard of the whole film scene by scene, including specifics like placement of lighting, camera angles and positions etc. We try and get a good range of shots for each scene - wide angles, close ups etc. to give us more scope in editing to create something dynamic and engaging. It's also important at this stage to sort out locations and decide what you need to hire/buy in terms of equipment and lighting.

This is something that, as photographers. we've never had to consider before but in filmmaking it's half of the equation. You'll need to think about the audio you need to capture. If you're making a music video then the audio will be provided for you, but if you're recording audio then you'll need an external microphone as the one on your camera won't be high enough quality or close enough to your performers most of the time. You'll also need a high quality external recorder. All this equipment can be hired relatively cheaply. 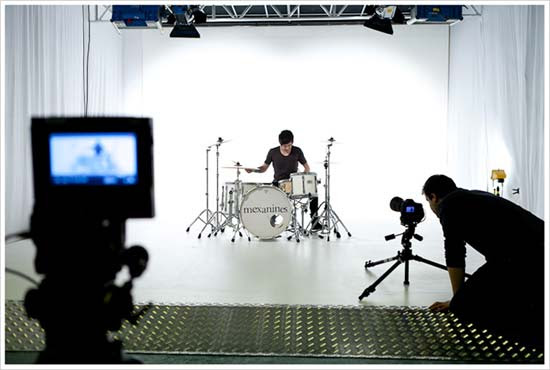 If your pre production has been done well then the shoot will go smoothly. If you're working with a team of people it's always important to have a designated role for each of the team members such as director (who's responsible for keeping the shoot on track), cameraman or sound guy. Of course if you're a team of one you'll have to multi task, although disagreements between the crew will be minimal! We always download cards onto a laptop throughout the day and back it up onto two external hard drives - if you think stills take up lots of storage space wait till you fill your drives with video files! 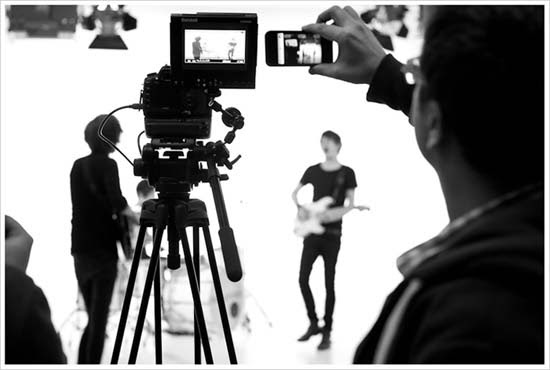 The look, feel and pace of a film can be greatly enhanced by good editing. This is where all your hard work preparing and shooting comes together. Editing can be used to evoke emotion and create pace and drama. You can afford to use your creativity at this stage, but remember that most good editing isn't really noticeable, and tricksy jumps and cuts can look jarring. The final stage is putting a coloring/grading onto the video to create mood and atmosphere.
However the real beauty of DSLR film making is that, as photographers, you can transfer your creativity to a new discipline and have fun experimenting with your camera.
Aspire has brand new one day Moving Capture taster workshops coming up on 11th July - more details soon at www.aspirephotographytraining.co.uk or call

01524 782200 to book your place.
Phil Barber and Rob Booker also run their own business - www.shotbysodium.com - which runs video capture workshops based in Leeds.
Technology
Share this article :
Tweet
+
Next
« Prev Post
Previous
Next Post »