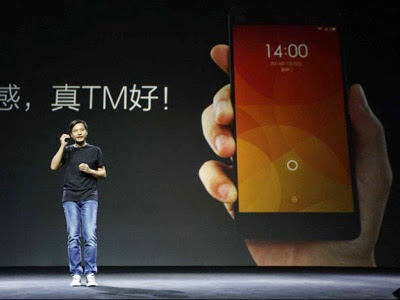 At the moment the new CEO of Microsoft Satya Nadella is on a trip across China. According to different reports Xiaomi CEO Lei Jun and Satya Nadella had a secret meeting. Apparently the meeting was about the launch of a 50USD Xiaomi Windows Based Smartphone ! Even with affordable smartphones like the Redmi Note for RM509 and the Redmi 1S for RM419,50USD is unheard of so far for Xiaomi quality.

Our Sources have shown that the meeting was about knowledge on Microsofts Cloud Services and also about the option of a collaboration between Microsoft and Xiaomi to build a low-cost Windows based Phone, that could be as cheap as 50USD.

For Xiaomi this might be the preparation for a Launch in the US market. Since MIUI is very closely related to APPLE’s IOS they might face charges from Apple, if Xiaomi would launch with MIUI V6.

Apparently Xiaomi, becoming one of the largest smartphone manufacturers in the world in just 4 years had brought them a lot of attention from giants in the industry. It only makes sense that Microsoft is trying to tap into Xiaomi’s enormous knowledge base in Logistics and Marketing.

Just recently Xiaomi has also announced that they want to focus more on the tablet market. Xiaomi will attacks Apple and their iPAd Market share with the Xiaomi MiPad Series. For that reason Xiaomi is focusing more on software development and producing tablet optimized apps. The Software is one of the most important criteria when selling tablets and phones, one of the reasons why Apple’s iOS is so popular is the large amount of well working Apps.

Windows is still struggling with their Windows App Market when it comes to Windows Tablets and phones, so Windows would massively benefit from Xiaomi’s scale and experience with building up their own MIUI ecosystem

Xiaomi has clearly proven that they can produce high quality Android Smartphones that are affordable. ALso they have an excellent Marketing Machinery. Would you go for a windows-based Xiaomi Phone for 50 USD or do you prefer MIUI V6 on Xiaomi?