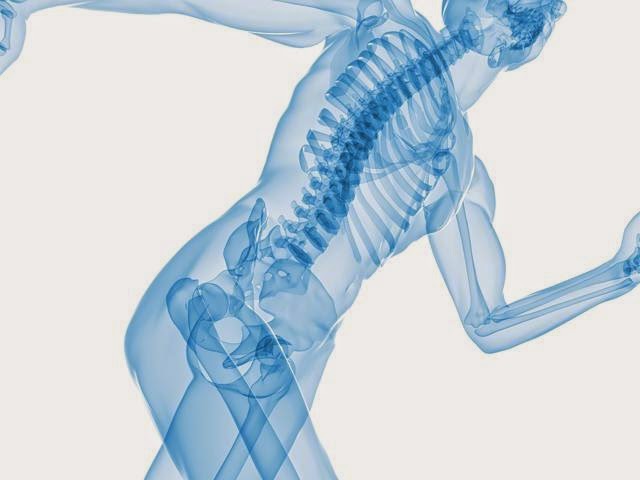 Let us make very clear what the best foods are for the bones — in this order:

1. Vegetables, especially leafy greens, and also roots and stalks (for the iron and calcium, and for vitamins K and C, which, together with protein, help deposit the collagen matrix)
2. Protein, such as animal foods, beans, and soy foods (for the collagen matrix)
3. Stock (for the minerals)
4. Whole grains (for the magnesium)
5. Foods rich in trace minerals, such asseaweeds, nuts, and seeds


Let’s take a closer look at these categories and review how each relates to bone health.

Vegetables
Calcium, magnesium, potassium, iron, and other minerals are found abundantly in the vegetable kingdom, especially in produce that’s organically grown. Of particular value for bone health are all the leafy green vegetables, such as kale, collard greens, mustard greens, arugula, bok choy, parsley, watercress, and mesclun. The only exceptions are spinach and Swiss chard, as explained below.

Other vegetables especially helpful to the bones include broccoli, cabbage, carrots, zucchini, and acorn or butternut squash. In fact, the food that provides the most calcium per calorie is bok choy, at 790 mg per 100 calories when cooked.

For comparison, skim milk provides 351 mg of calcium per 100 calories, so the veggies are quite within the ballpark.

Some vegetables, most notably spinach and Swiss chard, contain a relative abundance of calcium but also contain oxalates, substances that may interfere with calcium absorption in some cases. However, people on low calcium diets (300 to 400 mg per day) are more efficient at overriding the effect of oxalates and absorbing calcium than people on diets high in calcium-rich dairy products.

Protein Foods
As explained earlier, protein is essential for giving bones the flexibility that helps prevent fractures. There is controversy as to whether protein from animal or vegetable sources is better. For quite some time, the popular assumption was that a diet high in animal protein could contribute to osteoporosis. This assumption has been shown to be incorrect.
Some people object to the consumption of animal foods for a variety of reasons. My viewpoint has always been that the choice to be vegetarian or not is a very personal one, and that either can be very healthful as long as the diet is balanced and the foods consumed are fresh, natural, and unrefined — and hopefully organic.

Cooking with Stock
Cooking with stock is a very traditional way of increasing the nutritional value of dishes made with added liquid, such as soups, stews, grains, beans, and sauces.
By cooking bones and vegetables for a long time over low heat, many of the minerals are leached out into the cooking water, making the stock highly nutritious and also alkalizing, especially if something sour has been added such as vinegar or wine.

Whole Grains
In modern times, the primary grains that most cultures rely on for sustenance — rice and wheat — are usually stripped of their bran and germ and thereby made deficient in nutrients.
Whole grains, such as brown rice, whole wheat, barley, oats, rye, millet, cornmeal, amaranth, quinoa, teff, and buckwheat, are excellent sources of complex carbohydrates, fiber, and B vitamins, and they’re very satisfying to boot. Consuming sufficient amounts of whole grains (about a handful of cooked whole grain per meal) also means you need to consume less animal protein due to a concept known as protein sparing.
When grains (or fats) provide more calories, this diminishes the body’s need to metabolize proteins for energy. This conserves muscle tissue, and whatever is good for the muscles is good for the bones.
In addition, whole grains are a good source of magnesium, which helps increase absorption of calcium from the blood into the bones.

Foods Rich in Trace Minerals
Seaweeds, nuts, and seeds are some of the foods richest in trace minerals. Trace mineralsplay an important role in bone health. Remember, less important than how much calcium you eat is the balance of minerals (and other nutrients). Eating food rich in trace minerals will go a long way toward providing mineral balance.

Seaweeds, which are most commonly used in Japanese cuisine are rich in minerals, making them an excellent addition to healthful cooking. In fact, a study of osteoporosis in Taiwan found that those who include seaweed in their diet two or more times per week showed a slightly higher protection against osteoporosis (Shaw 1993).

Seaweeds are also valuable for being especiallyhigh in iodine, which is necessary for good thyroid function. As discussed in chapter 3, the thyroid and parathyroid glands play an important role in bone health.

Nuts and seeds have the advantage of also being a great source of bone-healthy essential fatty acids, as well as plant protein. A handful of nuts or seeds a day is a good source of trace minerals, such as iron, boron, selenium, phosphorus, and magnesium.