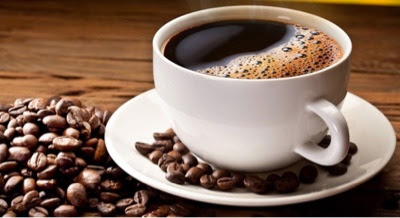 According to Villanova University, 90 percent of Americans have some caffeine every day. While most of us are aware of the stimulative effect the world’s most widely used drug has on our brain, its effects on other parts of our body are not as widely known. Here’s a short list of some of the most common effects caffeine consumption can have on our health.
Bathroom Habits
No, it’s not just you who has to run to the bathroom before you’ve even finished your first cup of coffee. Caffeine has both a diuretic and laxative effect that will keep you in and out of the toilet for the better half of the morning.
As a diuretic, caffeine causes the consumer to expel more water than was in the original beverage. As most things in life, caffeine’s diuretic effect is largely dependent on how much you intake. For example, if you only have 3mg of caffeine, there’s absolutely no diuretic effect, and you would pee as you normally would. Drinking larger amounts such as the 95-200mgs in an average cup of coffee? Then you better start looking for a toilet fast.
ASAP Science explained that your pituitary gland controls the release of the anti-diuretic hormone (ADH). In normal circumstances, ADH travels to the kidneys where they stimulate the retention of water to keep our body at a happy medium of hydration. Caffeine inhibits the release of ADH, which results in less water being reabsorbed into your body and more being converted into urine. Caffeine belongs to a group of chemicals called xanthine, and these are able to block the body’s reabsorption of sodium. When this occurs, rather than returning to the blood stream, the sodium stays in the fluid where it becomes urine.
Just as caffeine increases our urge to urinate, it also makes us poop. Believe it or not, scientists aren’t really sure why. One theory is that the drug affects the tissue that lines our stomach and small intestines, while others think that caffeine promotes the release of hormones that control the colon’s activities.
However, caffeine doesn’t just stop at making us poop; it also changes the texture of our bowel movements, making them looser, because, as we previously learned, caffeine prevents the body from reabsorbing water. This can result in a mean case of diarrhea if you’re not careful with your caffeine intake!
Caffeine And Athletes
The American College of Sports Medicine found that caffeine is able to enhance endurance performance by increasing the release of adrenaline into the blood. This release in turn stimulates the release of free fatty acids from the fat tissue and/or skeletal muscle. This creates extra fat early in the exercise, which spares extra energy to be used later in the exercise. The effect is that the athlete doesn’t tire out as quickly.
The ACSM concluded that ingestion of 3-9mg of caffeine per kilogram of an athlete prolonged endurance by approximately five minutes. Caffeine was believed to be so advantageous to athletes that until 2004 Olympians could be thrown out of a competition for having too much of it in their urine, Mens Health reported.
Caffeine may not be best for all athletes, however. It has been found to impair the consumers’ reflexes and decrease their reaction time. A study gave subjects caffeine before their patellar ligament reflex (also known as that tap on your knee that causes your leg to jerk up), and results showed that only 6mg of caffeine per kilogram of weight was able to "significantly lengthen reflex time."
Caffeine effects
Share this article :
Tweet
+
Next
« Prev Post