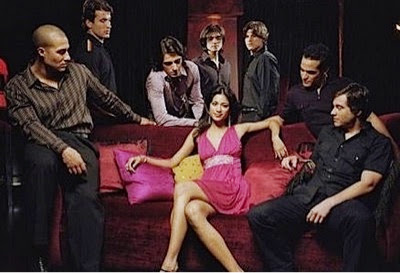 Facts that we need to know: Women who have a lot of male friends and colleagues are having more sex with their partners due to “sexual rivalry.”
A girl’s night out is usually the antidote to a bad week, a breakup, or pure boredom. However, women should trade in their wine glasses, high heels, and dresses for some beer, sweats, and video games if they want to boost their sex life. According to a recent study published in the Journal of Comparative Psychology, women who have more male friends and colleagues are more likely to have a lot of sex with their partners because of sperm competition.
Sperm competition, in clinical terms, is a term used to describe the competition between sperm from different males to fertilize an egg, especially in mammals. It is a strategy to ensure the survival of the male’s reproductive traits. Although it has been studied largely in nonhuman males, this study is the first to observe this behavior in humans.
“A lot of work shows that men are sexually aroused by their partner when they estimate a greater likelihood of partner infidelity,” Michael Pham, lead author on the study, told Fusion. “This does not mean that men want their partner to cheat on them. Rather, this means that if they estimate a greater likelihood of their partner’s infidelity, then they may (subconsciously) want to have sex with her to enter into sperm competition.”
Pham and his colleagues sought to explore whether or not this effect extends to couples in relationships by recruiting approximately 400 men in a committed heterosexual relationship with the mean relationship being 36 months long to fill out self-reported data. These men were asked to report on several topics, including partner’s attractiveness, how many male friends and co-workers they perceived their female partner to have, how attractive they think these other men find their partner, and how many times they had sex with their partner in the last week.
The findings revealed the men who reported their girlfriends as having a lot of male friends from social and professional groups — and who felt those other men found their partner attractive — were linked to having more sex with their girlfriends. Boyfriends perceived these men to be “sex rivals” and therefore entered a competitive drive overload. This means the male partner will have more sex with his female partner as he produces as much sperm as physically possible to survive the sperm competition.
Pham notes the men’s behaviors are part of human nature. “We need to be reminded that our partner is valuable to us and desirable to others. This makes us keep working at maintaining relationship satisfaction,” he said.  Moreover, “Finding that right balance of inducing your partner’s jealousy will optimize a couple’s sex life.”
A little jealously may go a long way in your sex life, but it’s important to not take this study at face value. The findings are limited because it is unclear who initiated the sex, as well as to what extent the couples were having more sex because the men were making a conscious choice to initiate it more, and to what extent they were responding to their subconscious biological impulses. However, the sex these couples were having could also be part of an “anti-cuckoldry strategy.”
Todd K. Shackelford, co-author of the study and professor and chair of psychology at Oakland University, suggests this strategy could have been used as a means to make sure a man's partner is sexually satisfied and won’t be tempted to look outside the relationship. A man who is worried about sexual rivals may consciously or subconsciously initiate sex more often. Shakelford explained sperm competition could be ignited just on the presence of other males next to their partner. “They don't even have to see them having sex with other males. It's just the presence,” he told The Huffington Post.
A 2006 study published in the journal Human Nature and conducted by Shakelford found sperm competition could lead to a man being sexually coercive in a long-term relationship. A man’s sexual coercion is tied to his partner’s perceived infidelities and their mate retention behaviors — behaviors designed to prevent a partner’s infidelity. These men believe sexual coercion in an intimate relationship is employed as a sperm competition strategy.
The verdict is jealously or “sperm competition” in this context can be good for romantic relationships, but in very, very small doses. It serves as a reminder that your partner is attractive and encourages you to be kinder toward them. After all, it is a justified emotional response to the possibility of losing a mate.
References : Holden CJ, Hummel A, Memering SL, Pham MN, Shackelford TK, Zeigler-Hill V. Partner attractiveness moderates the relationship between number of sexual rivals and in-pair copulation frequency in humans (Homo sapiens). Journal of Comparative Psychology. 2014.
Goetz AT, Shackelford TK. Sexual Coercion and Forced In-Pair Copulation as Sperm Competition Tactics in Humans. Human Nature. 2006.
sexual rivalry
Share this article :
Tweet
+
Next
« Prev Post