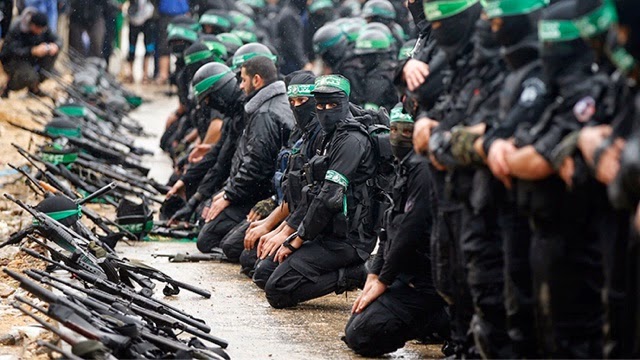 The EU General Court has ordered that the Palestinian militant group Hamas be removed from the bloc’s terror blacklist. The move comes over four years after Hamas appealed its terror designation before the EU.
The European Union first banned Hamas’ military wing, the Izz a-Din al-Qassam Brigades, in 2002, though the organization’s social and political divisions were not put on the terror list. Following a series of Hamas suicide bombings during the second intifada or uprising in September 2003, the EU extended the ban to include the organization as a whole.
On September 12, 2010, Hamas appealed the ban, largely on procedural grounds. In its complaint, the group cited a lack of due process, specifically, that it had not been properly informed the act was being implemented. It further asserted that as a “legitimately-elected government,” it cannot be labeled as a terrorist organization, saying such a designation flies in the face of “the principle of non-interference in the internal matters of a State.”
EU Hamas Palestin
Share this article :
Tweet
+
Next
« Prev Post
Previous
Next Post »