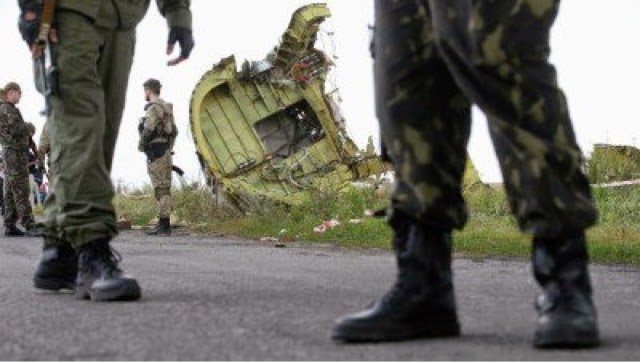 A Ukrainian soldier who was part of the crew that operated the supposed missile-battery that the Ukrainian Government claims shot down the Malaysian MH17 airliner on July 17th has testified publicly for the first time, saying that the missile-battery was operated by the Ukrainian military, not by the rebels as asserted, and that he and his former crew-mates who operated it laughed when they heard their Government say that this missile-battery was operated by rebels and had shot the airliner down.
An English-translated transcript of the December 15th Russian-language interview with this soldier was posted at UkraineWar.Info on December 17th by Michael Collins, an investigative journalist with UkraineWar.Info who has been following very closely the multiple investigations that are proceeding into the cause of the downing.
This testimony confirms the accumulating prior, already overwhelming and even-more-convincing evidence, which is linked to in my latest article on the topic, here, all of which evidence indicates that either one or else two Ukrainian fighter-jets intentionally shot this airliner down — that it was not an error by rebels who had mis-identified this airliner as being a bomber from the Ukrainian Government, such as the Ukrainian Government and its sponsor the U.S. Government claim.
Regarding the reason why the Ukrainian Government did this, it, too, is clear: U.S. President Obama needed a startling incident in order to obtain from the EU and other U.S.-allied nations their participation in heavily increased economic sanctions to weaken Russia. As soon as this plane was downed, both the Ukrainian Government and the Obama Administration claimed that they possessed convincing proof that it had been downed by pro-Russian rebels in Ukraine’s former southeast. All U.S. allies got on board with that and agreed to hiked sanctions against Russia.
This “false flag” event (as such government fakeries are called in the intelligence communities) succeeded, just as did Hitler’s burning down the Reichstag and blaming it on leftists, which was the event that enabled him to seize total power in Germany.
from Michael Collins: “George [Eliason, a third member of our team at UkraineWar.Info, and a resident inside the conflict-zone] says that due to the pub from the article, the ukraine govt took down their ‘damning’ pic of BUK 312 today and that the reporter who did the interview is underground and fleeing the country.”
So, the reason why Ukrainians are reluctant to go public about their lying Government is obvious. And, all of the ‘news’ media there are owned by Ukrainian, or, in some cases, by American, oligarchs. (The American ones do it through ‘nonprofit’ foundations they create, which are co-funded by the American Government. The U.S. oligarch then gets tax-write-offs, plus co-funding by U.S. taxpayers, to save him still more money on his scheme.)
Source: GlobalResearch.ca
MH17
Share this article :
Tweet
+
Next
« Prev Post