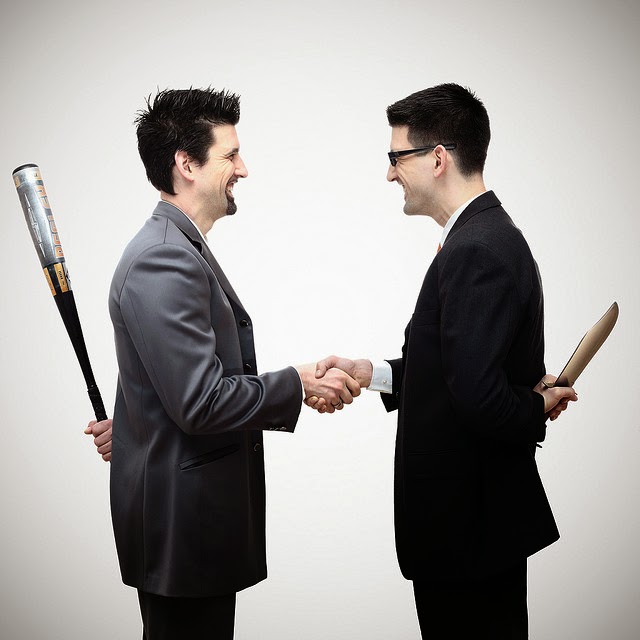 3. "I'm coming!"
Passive aggressive persons are known for verbally complying with a request, but behaviorally delaying its completion. If whenever you ask your child to clean his room, he cheerfully says, "Okay, I'm coming," but then fails to show up to complete the chore, chances are he is practicing the fine passive aggressive art of temporary compliance.

4. "I didn't know you meant now."
On a related note, passive aggressive persons are master procrastinators. While all of us like to put off unpleasant tasks from time to time, people with passive aggressive personalities rely on procrastination as a way of frustrating others and/or getting out of certain chores without having to directly refuse them.

5. "You just want everything to be perfect."
When procrastination is not an option, a more sophisticated passive aggressive strategy is to carry out tasks in a timely, but unacceptable manner. For example:
In all of these instances, the passive aggressive person complies with a particular request, but carries it out in an intentionally inefficient way. When confronted, he defends his work, counter-accusing others of having rigid or perfectionist standards.

6. "I thought you knew."
Sometimes, the perfect passive aggressive crime has to do with omission. Passive aggressive persons may express their anger covertly by choosing not to share information when it could prevent a problem. By claiming ignorance, the person defends his inaction, while taking pleasure in his foe's trouble and anguish.

7. "Sure, I'd be happy to."
Have you ever been in a customer service situation where a seemingly concerned clerk or super-polite phone operator assures you that your problem will be solved. On the surface, the representative is cooperative, but beware of his angry smile; behind the scenes, he is filing your request in the trash and stamping your paperwork with "DENY."

8. "You've done so well for someone with your education level."
The backhanded compliment is the ultimate socially acceptable means by which the passive aggressive person insults you to your core. If anyone has ever told you, "Don't worry; you can still get braces, even at your age" or, "There are a lot of men out there who like plump women," chances are you know how much "joy" a passive aggressive compliment can bring.

9. "I was only joking"
Like backhanded compliments, sarcasm is a common tool of a passive aggressive person who expresses his hostility aloud, but in socially acceptable, indirect ways. If you show that you are offended by biting, passive aggressive sarcasm, the hostile joke teller plays up his role as victim, asking, "Can't you take a joke?"

10. "Why are you getting so upset?"
The passive aggressive person is a master at maintaining his calm and feigning shock when others, worn down by his indirect hostility, blow up in anger. In fact, he takes pleasure out of setting others up to lose their cool and then questioning their "overreactions."
People
Share this article :
Tweet
+
Next
« Prev Post
Previous
Next Post »