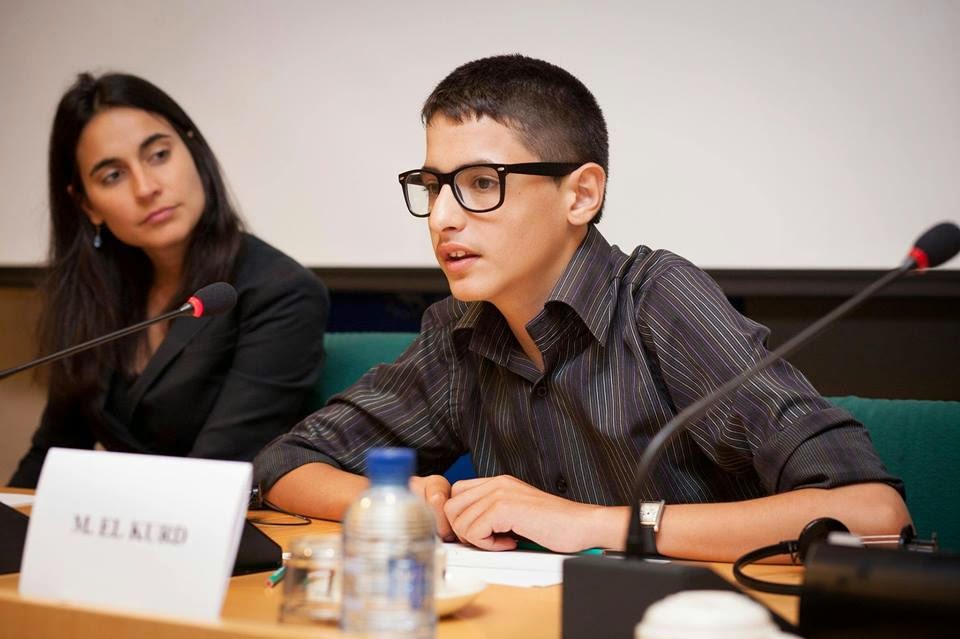 I am 14 and live in the Palestinian Sheikh Jarrah neighbourhood in East Jerusalem. Almost four years ago my family and I were evicted from part of our home by Israeli settlers, backed by Israeli court decisions. The process has made life almost unbearable for me and tens of thousands of Palestinians. Settlers are working towards Jewish control of all of East Jerusalem, at times using violence against Palestinians.

This was once a beautiful neighbourhood. Everybody was so close, and before part of my house was evicted, I was never afraid of going to sleep. We used to have no worries. Now it doesn't feel like a Palestinian neighbourhood any more. All the signs are in Hebrew, and the music too.

The people who've been evicted have lost financially and emotionally. My father has stopped going to work for almost a year, because it was so crowded and dangerous and every day there was tension and violence, so he couldn't just leave us alone in the house with the settlers. The little kids wet their beds. My sister couldn't sleep. The settlers have a dog in our house and every time it went past, she wet herself.

This thing that happened tore us apart. We were one big family, and now everyone lives in a different city. We are extremely uncomfortable and uncertain about what is going to happen here. Children my age and much younger are regularly arrested, interrogated and beaten by Israeli police, and violently attacked by settlers. For most of my life I have felt unsafe and threatened in my own neighbourhood and even in my own home.

Mr President, you have the power to change that. The most simple thing you could do is see our situation for yourself and speak out about it, to see the reality and talk about what you see. It's not like you don't know what's happening here. I'm sure you know everything.
On this trip I hope that you will speak out against the Israeli government's role in supporting the settlers and pressure the Israeli government to change its policies. US military aid to Israel is used directly against unarmed Palestinian demonstrators. I hope in the future you will stop giving military aid to support Israel's illegal occupation of my people.

I also hope that in the future justice will return to the people. I hope the world will begin to speak out against the oppression we face in my neighbourhood and [the oppression] against all Palestinians. That you and others will not remain silent while our homes are taken, children are arrested and injured, and our future threatened.

Mr President, we want our houses back. And our pre-1948 land. It's not fair what's happening here, and most of the world doesn't realise it. So if I had one wish I would get everyone's rights back. From a little ball they stole from a boy in the street to a big farm they stole from a grandfather.