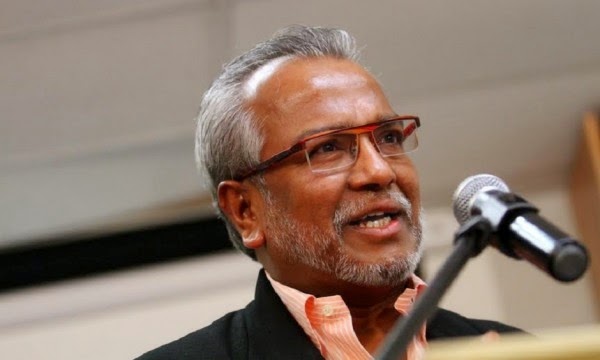 The Malaysian Bar Council is no longer independent and has evolved into a political party that belongs to the Opposition, Tan Sri Muhammad Shafee Abdullah claimed.

This, he explained, was evident from the comment by former Bar Council president Datuk Ambiga Sreenevasan criticising the judiciary in saying that Barisan Nasional had made a “terrible mistake” by jailing Datuk Seri Anwar Ibrahim.

“Is she saying that the chief justice and the four other judges are part of BN?” he asked, adding that now might be a good time to discuss with the Attorney-General on charging Ambiga for contempt of court.

The prominent lawyer was taking part in a dialogue this evening, organised by Akademi Kepimpinan Kapten Hussein.

“Leong is not a criminal lawyer. So his comments on Section 377b of the Penal Code are not accurate as he doesn’t understand the facts.”

In dismissing talk about a conspiracy against the Opposition leader, the prominent lawyer argued that if there was indeed a conspiracy, it would require the participation by several quarters.

This included the Prime Minister, Anwar’s former aide Mohd Saiful Bukhari Abdullah, the hospital and its doctors, DNA experts and the Federal Court.

Muhammed Shafee also said he would never send a family man to jail, unless the crime did indeed take place.

“I would not do such a thing even if there was a direct order from the Prime Minister, which would never happen.”

He also reasoned that the Permatang Pauh lawmaker lost the case as there were too many lawyers representing the latter.

“It’s a case of too many cooks spoilt the broth,” said Muhammad Shafee, who prosecuted on behalf of the Attorney-General’s Chambers as an ad-hoc deputy public prosecutor in the sodomy appeal.