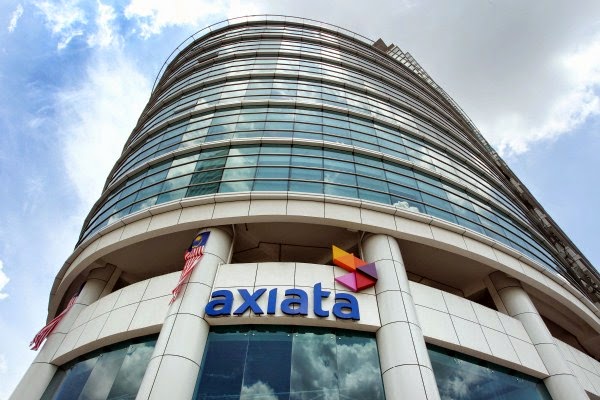 For regional telecommunications group Axiata Group Bhd, 2014 was a challenging year, when some things simply did not go according to plan.

Its wholly-owned unit Celcom Axiata Bhd, which at one point had registered 31 consecutive quarters of top- and bottom-line growth, suffered a decline in net profit in the fourth quarter.

The decline was partly due to its IT transformation programme, which was undertaken with Oracle and Accenture.

“We faced a number of systems-related issues, and they turned out to be fairly serious issues. It was a result of our IT transformation programme which started two-and-a-half years ago,” Axiata Group president and chief executive officer Jamaludin Ibrahim told a media briefing in Kuala Lumpur recently.

“[The transformation programme] went fairly well initially, but then we realised some of the data migration, some of the interfaces from the IT to network equipment, had gone wrong. It was very serious.”

Jamaludin said that the issue was so serious that it resulted in Celcom losing customers and dealers.

But how could an IT transformation programme, which is supposed to help improve an organisation’s operations and efficiency, end being the cause of the company’s underperformance?

Axiata itself wondered, and conducted a post-mortem on the issue towards the end of the third quarter of 2014. The findings were released during a board meeting this January.

There were two big problems, as well as multiple small issues, that led to the IT issue, the post-mortem found.

“The interesting part is that the 13 to 14 subsystems, by themselves, were quite okay – but the interfaces with the network were an issue,” said Jamaludin.

“This is because once you develop the system, it has to ‘talk’ with the telecommunications network equipment, such as those from Ericsson equipment, Huawei, and so forth.

“Those interfaces were not done well because the IT guys – our team, the Oracle team, and the Accenture team – were all focusing on IT, as in the computer system, but this has to interface with the network elements,” he added.

The interfaces were not the only issue; Celcom also faced problems when migrating its customer database.

“The second problem we faced was with the migration of data. There was some data corruption,” Jamaludin said.

“When you migrate customers to new sets of plans, that migration may have challenges.

“There were other issues too, but these [interfaces and migration] were the two big ones,” he added.

‘We should have paid a premium’

During the media briefing, Jamaludin also shared some of the lessons Axiata and Celcom learned from the not-so-smooth IT transformation programme.

“I think one of the first things we learnt was the importance of interfaces. I don’t think we completely overlooked that, but perhaps we did not pay enough attention to all the interfaces,” he said.

He also admitted that the company was “a bit late” in escalating the issue to its vendors, revealing that it was only in the third quarter of 2014 when the company brought in the top regional officers from Oracle and Accenture to solve the matter.

“We pressed the button and it was like magic: Within a few weeks, they solved many of the problems for us, and with us,” he said.

Jamaludin conceded that perhaps “the group should have paid a premium” when it embarked on the IT transformation programme.

“[For the] systems integration, we split it into two companies. Perhaps we shouldn’t have split and should have dealt with only one company, and to have allowed that company manage everybody else.

“That way, they could have coordinated among themselves better, rather than us coordinating with all the vendors.

“That was one of the lessons learnt that was brought up at the post-mortem [in January],” Jamaludin said.

“As you know, there are many ways of doing it. I can talk to all three vendors, or I can talk to one vendor and let it take care of everything else. But I have to pay a premium for that.

“Perhaps it is worthwhile to pay such a premium,” he added.

Jamaludin also said that perhaps the project team should have comprised members of both IT and network vendors, compared with its previous project team which only comprised IT vendors.

Such learnings are important for Axiata as the group’s other operating companies will one day be embarking on similar IT transformation programmes, he added.

Meanwhile, Jamaludin said that most of the issues from the IT transformation programme have been resolved, and that he expects all issues to be resolved by the end of the first half of this year, at the latest.
Technology
Share this article :
Tweet
+
Next
« Prev Post
Previous
Next Post »