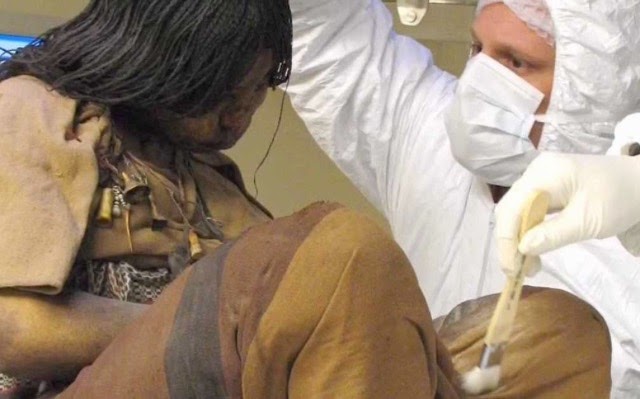 When you imagine finding the 500-year-old remains of a person, you might think you'd find some bones, or perhaps some scraps of material that used to be clothing. Consider, then, the surprise of scientists who found a fully preserved girl, only 15 years old at the time of her death, frozen near an Argentinian volcano. The girl's hair, body, and skin had been miraculously maintained by the cold temperatures - it truly seemed like she only recently passed on.
The Incas would often sacrifice children of this age as offerings to their gods. The sacrificial ceremonies were called capacocha, and they usually followed some sort of major cultural event - such as the death of an emperor or rampant hunger.
Scientists who found the girl were able to determine that she was suffering from a disease similar to tuberculosis, and miraculously they are hoping that the samples taken from her body might actually aid in finding a cure for modern diseases.
Honestly, I had no idea that bodies could be preserved so well in the cold. D
Science
Share this article :
Tweet
+
Next
« Prev Post
Previous
Next Post »