Powered by Blogger.
Home » World News » King Salman says he is committed to defending Palestinian cause

King Salman says he is committed to defending Palestinian cause 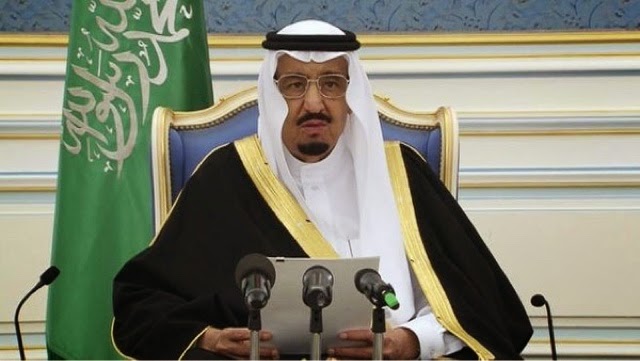 Saudi King Salman bin Abdulaziz said on Tuesday the kingdom was committed to defending Arab and Muslim causes, on top of which was the Palestinian right for an independent state with Jerusalem as its capital.

In a televised speech to outline his domestic and foreign policy agenda, King Salman, who ascended the throne after the death of his brother King Abdullah in January, said he would work to strengthen close Arab and Muslim cooperation “purifying the atmosphere and uniting the stance to confront the risks and challenges they face.”

He said the kingdom remains committed to “adhering to the international treaties, conventions and charters, including respecting the principle of sovereignty and rejecting any attempt of intervention in our internal affairs.”

The monarch stressed that the kingdom will work toward achieving “security and stability in the world, establish the principles of justice and peace along with the commitment to dialogue, resolve differences through peaceful means, and reject the use of force and violence or any actions that threaten international peace and security.”

‘Terrorism has no religion’

The king said the wave of extremism and terrorism plaguing the world is a “global scourge which has no religion.’

“The kingdom has given attention to the fight against extremism and terrorism in all its images and forms, whatever the sources are,” he added.

Saudi Arabia, he said, has "focused on the fight against extremism and terrorism in all its forms and manifestations, whatever its sources, and on cooperation with brotherly and friendly countries and the international organizations in the fight against this detestable menace, and in seeking eradicating its roots and causes."

“We are part of this world and face its problems and challenges. We all share this responsibility and will actively contribute to putting solutions for many urgent international issues, including the issues of environment and promotion of sustainable development," he said.