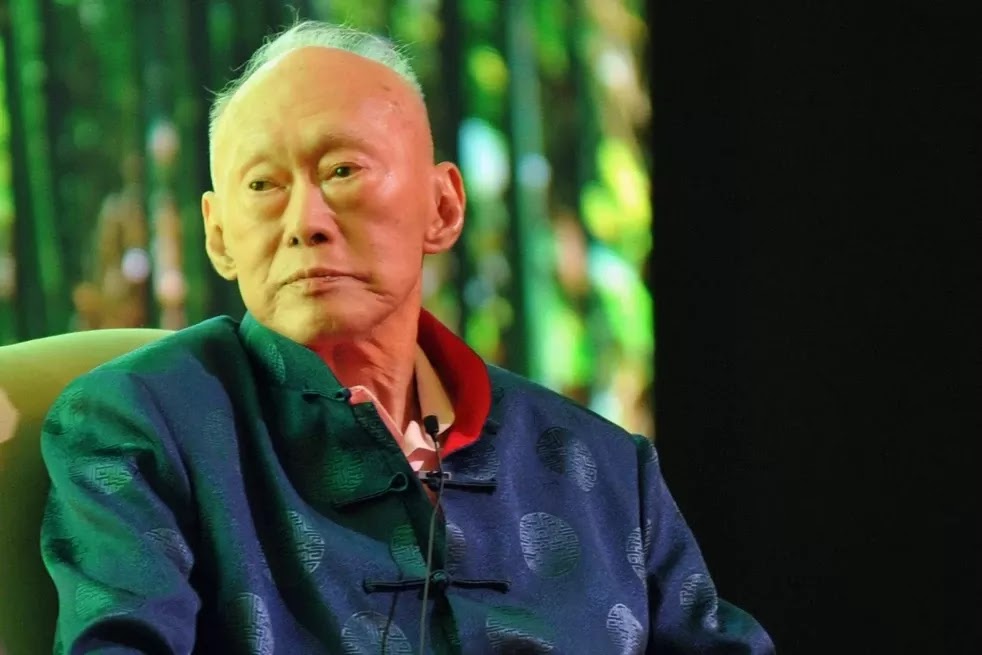 Lee Kuan Yew, the man who created the modern miracle of Singapore, was one of the visionary leaders of the 20th century. But as I discovered in several conversations with him, he was also a paradoxical figure who never lost his sense of vulnerability and combativeness toward those he feared might undermine his authority.

Lee, who died March 23, impressed me when I first met him in 2001 as “probably the smartest politician I have met in more than 25 years as a journalist,” as I wrote in a 2002 column. But as respected and powerful as he was, Lee remained suspicious of critics and ready to take them to court if they challenged him or his country.

The Singapore that Lee created in his 31 years as prime minister, from 1959 to 1990, was the embodiment of the globalized economy that brought immense wealth to Asia. But Lee feared that the free-trading world he had helped build might bring instability and dissent to his ordered, prosperous Singapore. He feared the mob, in the streets or online. He was a Confucian leader, not a democrat.

I first met Lee in 2001, soon after I had become editor of the International Herald Tribune. The paper had fought a costly libel case some years before because of a story about the political rise of his son, Lee Hsien Loong, who is now prime minister. I wanted to meet Lee and make the case for free and independent journalism in the borderless world of information that was dawning in 2001.

Lee seemed to accept that the open exchange of ideas was unstoppable in the Internet world, even if he didn’t like what we wrote. “I don’t think we can stop it now,” he told me. “I don’t see any alternative. You either use the Internet or you are backward.”

I went back to see Lee the next year and pressed him on the issue of press freedom. Lee’s lawyers had just threatened to sue Bloomberg News over another article about his family. I asked Lee why he didn’t just brush off such criticism, much as George H.W. Bush might do if someone alleged that nepotism had benefited his son, George W. Bush, who was then president.

“That’s different!” Lee insisted, rejecting the comparison to the Bush family. In Singapore, allegations of favoritism or corruption were no laughing matter. “Everybody knows that if you impugn our integrity, we must clear our name. How can it be otherwise?” I pressed him why, given the wild success of Singapore, he was threatening to sue a columnist who wrote something he didn’t like.

“If he gets away, everybody gets away,” Lee replied. “More calumny is showered on us, and where do we end up?” He said that Singapore was changing, and that articles were appearing in the local press that would never have been published a few years before. But he wasn’t fully ready to relax the grip on power that had built Singapore and made it a dynamo.

Lee’s story is a reminder of the brilliance that built modern Asia — in Singapore and in China, whose leaders saw Lee as a mentor and counselor. But it also illustrates the authoritarian impulse of leaders who have seen their nations rise from ruin to prosperity and are frightened that free debate will undermine a political stability that, even to the end, they fear is fragile.