Morrisons restores back human staff to monitor till queues 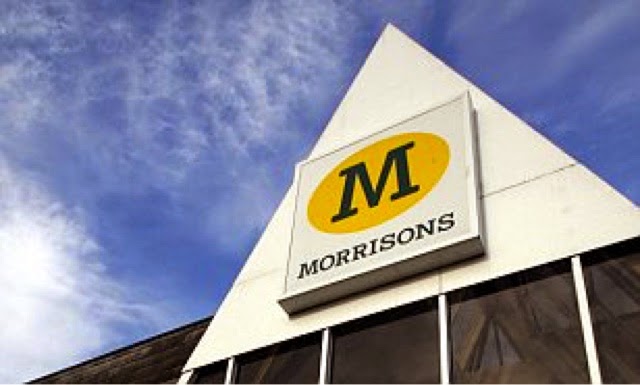 The weekly shop has become something of a modern day nightmare with stores asking us to either scan as we shop or use self-service tills.
But now one of Britain's biggest supermarkets has turned its back on technology in favour of human staff manning stores.
Morrisons's new CEO, David Potts, who took over last week has scrapped the Intelligent Queue Management (iQM) system used in shops after receiving feedback from customers and staff.
The technology, which was introduced in 2008, used infrared sensors to determine how many checkouts to open by monitoring the number of customer flowing through the store.
It meant that during quieter periods staff could be taken off the tills and placed in other parts of the store.
The company's retail team, along with the new boss, concluded that checkout teams would make better and more balanced decisions compared to the iQM computer system.
But while they have brought humans back to monitor queues, the controversial self-scan tills will be here to stay.
Morrisons was the only British retailer to use iQM, which used infrared sensors both at the entrance to the store and over each checkout lanes.
It was supposed to enable checkout managers to predict exactly when shoppers would arrive at the checkouts so the tills were open for them when they got there.
'UNEXPECTED ITEM IN THE BAGGING AREA': THE MODERN DAY TRIALS AND TRIBULATIONS OF SHOPPING
Some took to online job review website Glassdoor to complain, with a department manager in Felixstowe, Suffolk, describing it as 'a waste of time and money'.
The unnamed manager had added: 'It [the iQM] messes up all the departments in the store and it has a major knock on effect to all other departments with the waste and markdown and rotation.'
A checkout operator from Portsmouth, writing in October last year, said: 'Morrisons needs to go back to basics. We are a superior supermarket and that's what we need to install in customers old and new.
'Customers want to be treated. Show them we care more than the other leading stores.'
After listening to colleagues executives have also decided to scrap another computerised system which measures the amount of products scanned every minute by checkout staff.
The 'scan rate' was introduced in 2012 after imposing new time targets of one item every three seconds, which prompted an outcry from members of the public, who branded the supermarket as turning into a 'battery hen farm'.
Mr Potts, a former executive at Tesco, said: 'We intend to be an organisation that listens very hard to its customers and staff and, wherever possible, responds quickly.
'Our colleagues in our stores are best placed to use their experience and personal judgement in deciding how best to serve their customers, keeping queues low at the checkouts and improving the customer’s shopping trip.'
Technology
Share this article :
Tweet
+
Next
« Prev Post
Previous
Next Post »