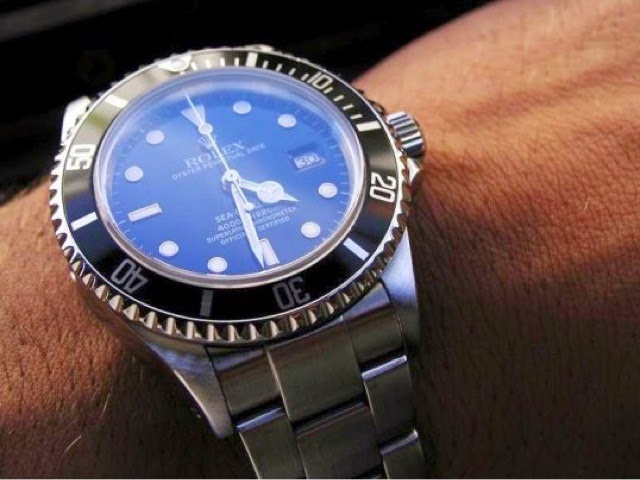 Persoalan yang sering bermain dalam persekitaran kita selama ini:
Rolex really worth the money?
Is it better to buy a Rolex than a Timex?
What about buying a $50 bottle of wine instead of "two-buck Chuck?"
They may be worse for your wallet, but buying these luxury items may actually mean you get more enjoyment from the product.
Consider these five reasons the value of luxury is all in your head.
1. Your brain is successfully tricking you.
For over 60 years marketers have recognized that the value of luxury is all in our heads.
A 1949 article noted a study where sales of women's pantyhose increased drastically when the retailer raised the price from $1.00 to $1.14, all because the higher price "suggested higher value."
So why is this the case? It turns out that increasing the price of the product actually changes the brain.
According to this study, when a product's price goes up, it increases "blood-oxygen-level-dependent activity in medial orbitofrontal cortex, an area that is widely thought to encode for experienced pleasantness during experiential tasks." So by purchasing a more expensive product, your brain physically changes and tells you that the product is better.
2. More expensive wine tastes better.
Researchers did a study about wine and found that more expensive wine tastes better. Subjects in the study tasted five different wines and were told they were being asked to rate the wine. The price of the wine was used to label the wine (instead of using A, B, C, D, E, for example).
However, unbeknownst to the subjects, there were only three different wines, and two of them were tasted twice with one identified at a high price and one at a low price. For example, wine #2 was given to the same person, but it was labeled as both $90, its retail price, and as $10.
What happened? The tasters rated the wine with the higher price as significantly better than the same wine priced cheaper.
Chances are, if the buffet is more expensive, you'll think it tastes better.
3. A more expensive buffet tastes better than a cheap buffet.
In a recent study researchers examined what happened when about 140 diners ate at an Italian all-you-can-eat restaurant but paid different prices.
The diners were charged either $4 or $8 for the lunch buffet of pizza, salad, and breadsticks. They were then asked to rate how much they liked their food after they were done.
After finishing, the diners rated their experience, and people who paid the $8 price rated the buffet as being 11% better than those who paid just $4. And the amount people paid for the buffet didn't affect how much they ate.
4. We have a "you get what you pay for" mentality.
How many times have you heard the phrase, "you get what you pay for?" You've probably even said this to yourself on occasions when you've purchased a cheaper option and had it break on you.
Perhaps you bought a $1 flashlight instead of the $15 Maglite and the $1 flashlight broke on its first use? Or you went with the $2,000 company to paint your house instead of the $7,000 company and they missed part of the trim or didn't reinstall the gutters properly.
In these cases you probably told yourself "you got what you paid for." But you are far less likely to notice when the cheaper option works just as well.
What's the problem with this? By ignoring all of the times when things go right (and the cheaper option works just as expected) and only noticing when things go wrong (that is, when the cheaper option breaks), you are cementing the idea into your brain that luxury priced items are better.
Even foodies paid more for McDonald's when they were told it was "organic."
5. Even McDonalds tastes better with different presentation.
Two Dutch pranksters went to a food show, cut up McDonald's food to make it look fancy, called it "organic," and what was the result? Instead of realizing the food was McDonald's (and not something these foodies attending the show normally ate), they rated the the food "fresh," "rich," and "delicious." Their perception that the food was extra high quality was based on looks rather than the actual quality of the product.
So what is the takeaway from all of this research? If luxury is all (or mostly) in your head, is that a bad thing or a good thing? If you're actually getting more enjoyment from something that you pay more for, this seems fair. But, is it wrong to charge more for the same product just so consumers value it more?
WiseBread is an award-winning personal finance and credit card comparison website.
This article originally appeared at WiseBread. Copyright 2014.
Science
Share this article :
Tweet
+
Next
« Prev Post
Previous
Next Post »