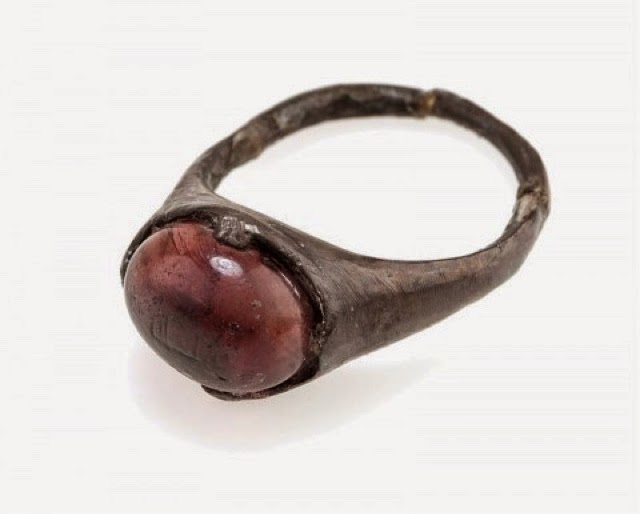 In the modern-era, Scandinavian countries have become known for their sometimes awkward embrace of migrants from the Arab and Muslim world. But the history behind that relationship goes back far further than you might expect.
Consider the case of a ring discovered in a Viking grave in Birka, a historic trading center in what is now Sweden. The woman in the grave died in the 9th century and was discovered around a thousand years later by the famous Swedish archaeologist Hjalmar Stolpe, who spent years excavating the grave sites around Birka. 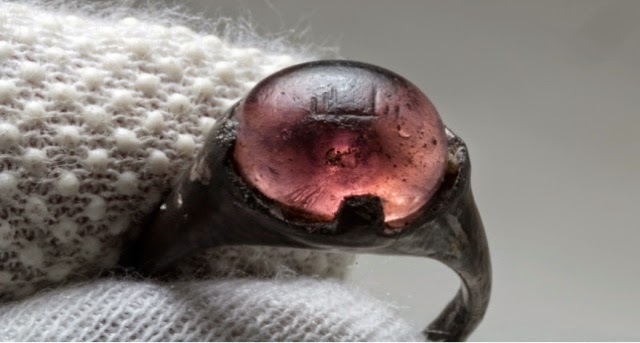 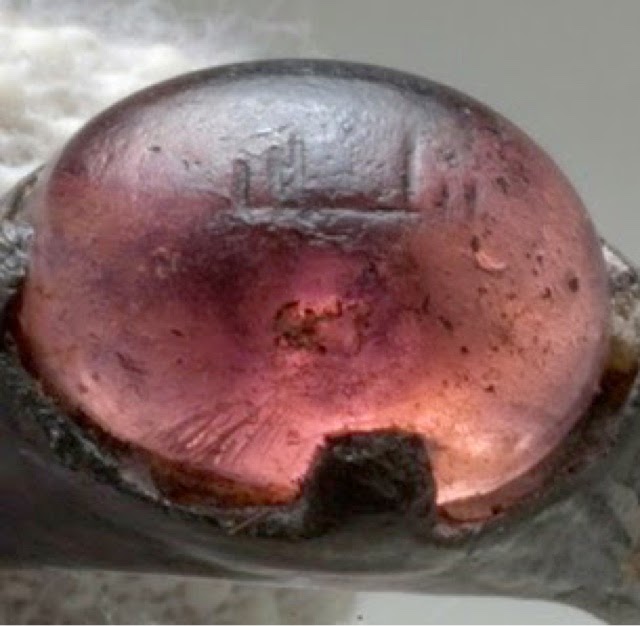 The ring is unique. Made of silver alloy, it contained a stone with an inscription written in the Kufic Arabic script widely used between the 8th and 10th centuries. "For/to Allah," the inscription read. It was the only known Viking Age ring with an Arabic inscription to be found in the entire of Scandinavia. Exactly how the woman got the ring wasn't clear – she was found wearing typical Scandinavian dress, so presumably the ring arrived through trade.
Now, new research from biophysicist Sebastian Wärmländer of Stockholm University and his colleagues has confirmed exactly how unique the ring was. In the journal Scanning, the researchers recount how they used a scanning electron microscope to investigate the origins of the ring. Notably, they discovered that the stone in the ring is actually colored glass – at the time an exotic material for the Vikings, though it had been made for thousands of years in the Middle East and North Africa.
Even more notably, the ring displayed a remarkable lack of wear, leading the authors to speculate that it had few – if any – owners in-between its creator and its Viking owner. Instead, Wärmländer and his colleagues suggest, it appears to show direct contact between Viking society and the Abbasid Caliphate that dominated much of the Middle East and North Africa. The authors write, "it is not impossible that the woman herself, or someone close to her, might have visited — or even originate from — the Caliphate or its surrounding regions."
While physical evidence of it is unusual, there have been plenty of accounts of Scandinavians from this period crossing paths with the early Muslim world. By the 11th century Vikings had become known for their lengthy sea voyages, journeying as far west as the Americas and likely reaching Constantinople and even Baghdad when they traveled the other way. And while contemporary accounts of Vikings from Western Europe suggests terrifying invaders, most accounts suggest the Vikings, likely fearful of the more sophisticated warriors in the region, instead looked for trade when they went east.
"The Vikings were very interested in silver, not so much in gold," Farhat Hussain, a historian, told the National newspaper of Abu Dhabi in 2008. "It was a status symbol for Viking men and women, they even wanted to be buried with silver."
Still, the Scandinavians did raise some eyebrows on their journeys. In an otherwise complimentary description of people now believed to be Vikings, Ahmad ibn Fadlan, an emissary of the Abbasid Caliph, wasn't so sure about their hygiene. "They are the filthiest of all Allah’s creatures," the Arab writer wrote in the 10th century. "They do not purify themselves after excreting or urinating or wash themselves when in a state of ritual impurity after coitus and do not even wash their hands after food."
Exactly how the woman in Birka and the ring fit into this relationship isn't known. It may never be known.
"I don't know if it was bought or looted and of course I wish I could know how it all came about that this woman got it – friendly or otherwise. If she went far from home or if someone brought it back for her?" Linda Wåhlander, a teacher at the Statens historiska museum who worked on the project, explained in an e-mail. "I am an archaeologist but I sometimes wish I was a timetraveller."
History
Share this article :
Tweet
+
Next
« Prev Post