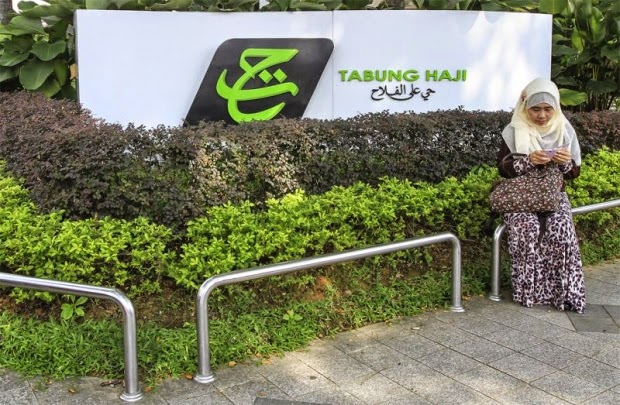 KUALA LUMPUR, May 11 ― Kumpulan Wang Amanah Pencen (KWAP) has agreed to buy a parcel of land and building that will be turned into its new headquarters at the Tun Razak Exchange (TRX) at a price which is 15 per cent cheaper than Lembaga Tabung Haji's (LTH) purchase.

According to a report by The Star Online, the heads of agreement which have been agreed upon will see KWAP pay between RM1 billion and RM1.2 billion for a 40-storey building and land at the TRX in Kuala Lumpur.

Quoting sources, the report said that KWAP will be purchasing the land at about RM2,300 per sq ft.

In comparison, LTH reportedly paid RM188.5 million at RM2,773 psf for its part of the TRX land, which is 43 times what 1MDB paid four years ago when it purchased the plot for just RM4.5 million at a rate of RM64 psf

“The heads of agreement is a prelude to the sales and purchase (S&P) agreement. The terms of agreement is also tight where KWAP will only pay 10 per cent first and the rest upon completion of the building,” The Star Online quoted a source as saying.

The report added that KWAP has been renting its headquarters and the decision to move to TRX was a natural step given that the development was being designed as a Islamic financial market hub.

“KWAP wants to be in an area where the market is, especially one that is going to be an Islamic finance centre,” another source was quoted saying.

KWAP's headquarters is currently at Menara Yayasan Tun Razak, which is owned by the Tun Razak Foundation and the Employees Provident Fund (EPF).

Last week, reports of LTH's controversial land investment hit media headlines after it was revealed that it bought a plot of land in the Tun Razak Exchange (TRX) about a month back from 1MDB, which is currently saddled with a RM42 billion debt.

A blog called “The Benchmark” first raised speculation on the purchase when it published purported documents of the controversial transaction that critics now claim could be a bailout for 1MDB.

The expose sparked outrage among lawmakers from both sides of the political divide, including even Umno leaders like Tan Sri Muhyiddin Yassin, Datuk Seri Hishammuddin Hussein and Khairy Jamaluddin, and fueled concerns raised previously over 1MDB's dealings.

He also claimed that the fund already has three potential buyers for the plot and that the sale will net LTH at least RM5 million in profit.

Speaking on the issue in Sabah yesterday, Najib said the sale was a sound commercial decision as it would earn LTH millions of ringgit overnight.

He also denied claims that the land purchase itself was a bailout for 1MDB, which is currently under probe for alleged impropriety.

According to Bernama, Najib claimed that LTH could have made a RM170 million profit from the investment but because the purchase was made an issue, he decided to advice the pilgrims fund to sell the plot of land.
Economy
Share this article :
Tweet
+
Next
« Prev Post
Previous
Next Post »