Powered by Blogger.
Home » Motivation » 3 Tips On How To Handle Criticism

3 Tips On How To Handle Criticism 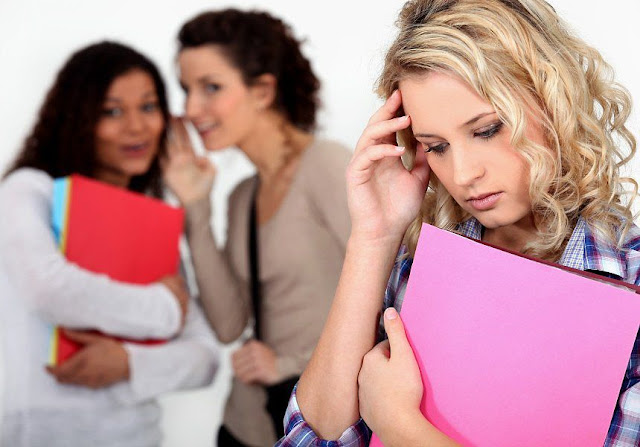 Knowing these 3 tips on how to handle criticism well will keep you from going astray. Learn some tips such as determining why it was delivered, and more. When you understand how to deal with criticism, you’ll be able to sleep a little easier.

Criticism is a double-edged sword. On one hand it can improve you, but on the other hand, it can shatter your confidence if you allow it. Knowing how to deal with criticism is vital to improving yourself in both your professional and personal lives.

How do you feel when someone criticizes you? Maybe you’ve had someone criticize your work, effort, or personal aspects of your life. You may feel hurt or angry and you may even become defensive.

There are so many times in life when we have to deal with criticism that it’s essential to learn how to deal with it. Certainly you don’t want someone else’s opinion to prevent you from having a happy and productive life, right?

The first step in dealing with criticism is to figure out whether it’s worth considering. Sometimes we may confuse personal attacks with criticism. They’re definitely not the same!

Whether you’re dealing with criticism in the work place, at home, or with friends, it’s essential to be able to deal with critical comments. Learn some tips on handling criticism as you read on.

1. Determine Why The Criticism Was Delivered

Take some deep breaths, and determine why the criticism was delivered. Thinking before you react will help you avoid unnecessary conflict, pain, or embarrassment.

If you determine there’s no truth to the criticism, you may find it appropriate to use a technique called distracting, where you calmly acknowledge that you heard what the other person said. Don’t become defensive or upset, just acknowledge the statement and leave it at that.

You can acknowledge the other speaker with a general response, such as “I appreciate you sharing your opinion.” or “You might be right.” Leaving an open end doesn’t allow room for more argument. It will also put the other person at ease, and may even allow you to change the subject.

One of the hardest things to do when you’re criticized is to admit that it’s true. You don’t have to be overly apologetic. You can always say, “I’m sorry” or “It’s my mistake” and move on. By admitting fault, you’re taking ownership of the problem and you’re proving that you’re a mature adult.

Once you’ve admitted your mistake, strive to get past the barrier and heal the rift between you. When communicating, strive not to use the word “but” when admitting the truth of the criticism. That puts stipulations on why you were wrong. Swallow your pride and go on.

On the other hand, if you’re not sure whether the criticism is justified or not, you may want to request more detailed feedback. This will not only help you gain more information, but also help the other person clarify the facts.

An example of this might be if someone tells you that your work is sloppy. By finding out their expectations, you can deliver what they’re looking for instead of fumbling around trying to figure out what “sloppy” means. Everyone has different expectations, and a simple adjustment might be all you need to resolve the criticism.

If you take criticism too personally, you’re letting someone else be in charge of your life! Don’t let others rattle you, it’s really not worth the energy or frustration.

Remember, you can’t control others; you can only control yourself. So that means you have a choice in your response to criticism: you can ignore the criticism, use it as a motivator, or become upset and angry. The choice is yours.
Motivation
Share this article :
Tweet
+
Next
« Prev Post
Previous
Next Post »