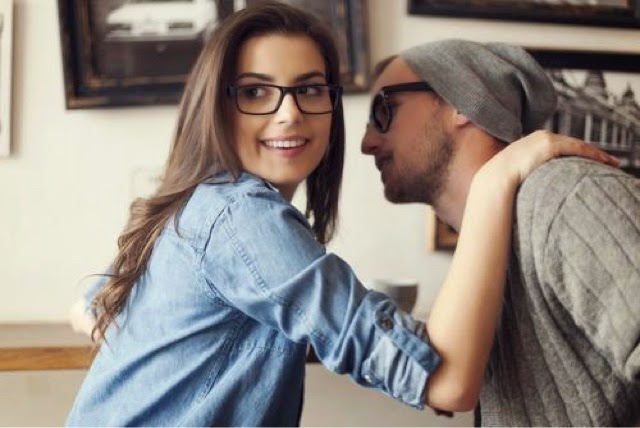 The ideal male life partner is, apparently, one who cleans, earns a higher income, is monogamous, and falls short of average height.

Tall, dark, and handsome is the popular description used to describe the perfect man for most women. From the brooding and sultry looks of Hollywood favorites, like George Clooney and David Beckham, women swoon over these men because of their celebrated physical attractiveness.

However, science suggests setting your sights on much shorter, dark and handsome men, like Tom Cruise, because they make better life partners. According to a recent study (not peer reviewed), short men have a higher income and are more likely to stay monogamous, making better boyfriends and husbands, and standing head and shoulders above their much taller peers.

Short men have been stigmatized in society because of their stature. The cultural vision of taller men as being physically dominant and potential protectors has been embedded into the psyche of many women, creating a “prejudice” against shorter men. It’s unclear whether women prefer this because of society’s pressure for women to be slim or because of an evolutionary perspective. Dr. David Frederick, an assistant professor of Psychology at Chapman University, examines how social remission processes and our evolved psychology interact to influence our close relationships and our views of what is attractive. He has hypothesized women may prefer a taller partner because it can make them feel smaller, or women have developed a preference for taller men because of the advantages height can provide them in male-on-male competitions, The Huffington Post reported.

To examine the effects of male height on various relationship outcomes in longer-term relationships, researchers Dalton Conley, a sociologist at New York University, and Abigail Weitzman, a Ph.D. candidate, collected data from the Panel Study of Income Dynamics — a University of Michigan project that’s been collecting demographic data on 5,000 families for almost 50 years. This data was used to look at how a man’s height impacts different areas of his relationship after the initial dating period. Conley and Weitzman looked at two sets of data, from 1986 and 2009, and identified 3,033 heterosexual couples. The male sample size was restricted between the ages of 23 and 45, and consisted of men who were cohabitating with a woman.

The findings revealed short men were less likely to get divorced, more likely to share housework, and be the breadwinners at home. These men were somewhat less likely to get married, with an 18 percent marriage rate lower than men of average height, at every age before 45. Weitzman believes this is because short men may have a harder time getting married, since they’re viewed as less masculine by society. However, when they do find a partner, the divorce rates are 32 percent lower for short men compared to the rates for tall and average men.

In regard to housework, shorter men perform eight hours and 28 minutes per week of housework — this comprises about 28 percent of the total — compared to seven hours and 38 minutes for average men and seven hours and 30 minutes for tall men, New Republicreported. Weitzman believes tall men may be “aware of the status that is conferred by their tallness,” which may make them prone to do less work at home. While these men fare better with housework, but they also tend to have higher household incomes than their partners. The researchers estimated 79 percent of short men make more money than their significant others, compared to 70 percent of average men, and 71 percent of tall men. This finding conflicts with previous research that has found taller men earn more money.

Throughout the study, the researchers noticed a consistent pattern with short men and their partners: They were more likely to partner with women who are older, less educated, and younger. Twenty-one percent of these men were with women who had not completed high school, compared to 16 percent of average men, and just 12 percent of tall men. Also, when it comes to age, it is not just a number for them. In the entire sample size, only nine percent of men partnered with a woman who was more than three years older. Age is an area where the short men can exude their masculinity by partnering with a younger woman.

This study coincides with another recent study published in the Journal of Family Issues, which found women err on the side of caution when it comes to height and online dating. About 50 percent of women restricted their online dating searches to men who were taller than them. This finding was also consistent when the same team of researchers took a survey of college students and found about 30 percent of women would feel “awkward” or “weird” dating a shorter guy.

Perhaps it’s time to put an end to these men getting the shorter end of the stick. After all, your Mr. Right could be shorter than you.